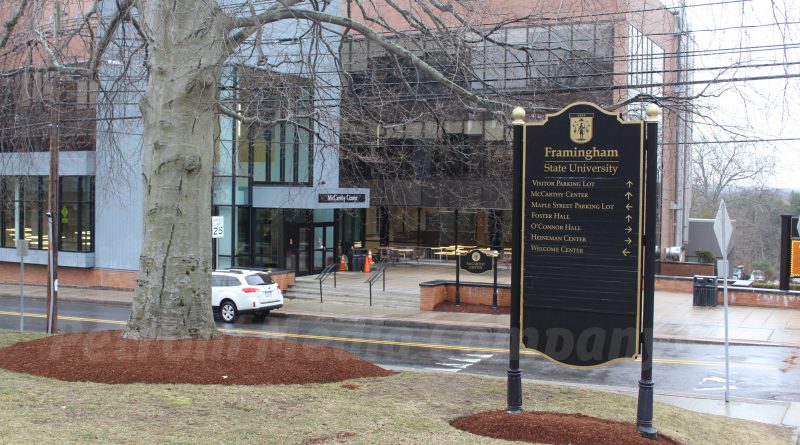 FRAMINGHAM – Framingham State University has again been placed among the most environmentally responsible colleges in the country, according to The Princeton Review’s latest guide to green colleges.

This marks the 8th time Framingham State has been included in the guide, which this year recognizes 413 colleges throughout the United States.

“The FSU community takes a lot of pride in our efforts to be a more sustainable and environmentally-responsible university,” said Framingham State President F. Javier Cevallos. “We appreciate our continued national recognition from The Princeton Review. I’m especially grateful to
members of our Facilities Department, our student Green Team, and University Sustainability Coordinator Carl Hakansson for their leadership in making Framingham State a model of environmental stewardship in the Commonwealth.”

“These schools are standouts for their exemplary commitments to sustainability,” said Rob Franek, The Princeton Review’s Editor-in-Chief. “With initiatives ranging from solar-powered residence halls and tray-less dining halls to robust offerings in environmental studies, they are, each in their own ways, outstanding institutions for students seeking to study and live at a green college. We recommend these schools highly and we are especially pleased to salute them during National Campus Sustainability Month.”

Franek cited findings of a survey by The Princeton Review indicating a high level of interest among college applicants and their parents about environmental and sustainability issues. This year, a solid majority (64%) of the 11,900 teens and parents that the company polled for its 2019 College Hopes & Worries Survey said that having information about a college’s
commitment to the environment would affect their decision to apply to or attend the school.

The University has taken a comprehensive approach to environmental sustainability, guided by a Climate Action Plan, which was written in 2010 and is updated every year.

Major efforts include a comprehensive energy project that converted heating fuel from oil to natural gas, a project that has reduced emissions by 33 percent and will save the University $15 million over the 20-year life of the system. The University also has solar PV arrays on three campus
facilities, including the campus center and athletic building.

Other steps the University has taken to reduce energy consumption include eliminating lunch trays in the dining hall to conserve water; installing water-saving dishwaters; altering class schedules to reduce the number of days commuter students have to drive to campus; and installing a university vegetable garden.