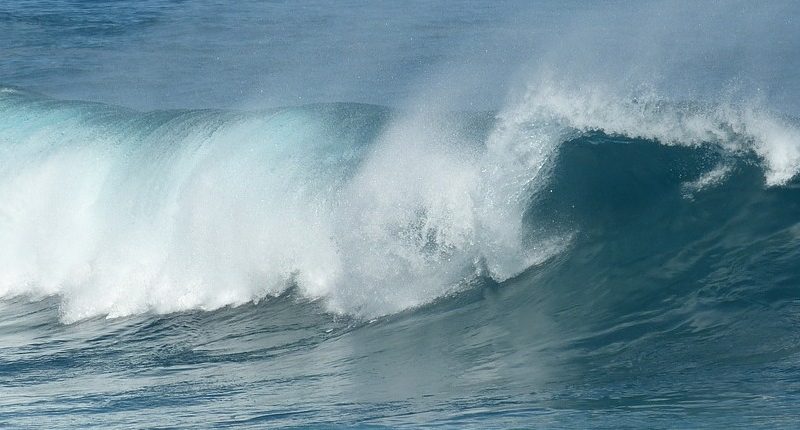 The following is a media release from Sen. Ed Markey’s office. He is one of two individuals elected by voters in the Commonwealth of Massachusetts to serve the state in Washington DC in the U.S. Senate. He is a Democrat.

This bipartisan legislation would reauthorize the Federal Ocean Acidification Research and Monitoring Act funding for the National Oceanic and Atmospheric Administration (NOAA) and the National Science Foundation, which lapsed in 2012.

The bill strengthens investment in research and monitoring of poorly-understood acidification processes in coastal and estuarine areas, and engages coastal communities and the seafood industry through an Advisory Board and collaborative research grants.

Ocean acidification, a consequence of carbon dioxide forming acids when dissolved in seawater, is harmful for shellfish, coral reefs, and other marine life that are crucial for healthy ecosystems and coastal economies.

“Healthy oceans support a healthy economy and planet, but ocean acidification is jeopardizing our oceans and the communities that rely on them,” said Senator Markey. “Acidification threatens marine life like oysters, mussels, lobsters, and scallops that are a way of life in New England, putting hundreds of millions of dollars and thousands of jobs at risk. It is critical that we bolster federal resources and partnerships for understanding the threat of ocean and coastal acidification and provide coastal communities with tools to respond.”

“As America’s leading seafood producer and home to more coastline than the contiguous Lower 48 states combined, Alaska is particularly vulnerable to changes in ocean conditions,” said Senator Sullivan. “Decreasing balance in ocean pH levels can threaten our fish species and coastal ecosystems, and, by extension, the very livelihood of our commercial fisheries and coastal communities. Policymakers in Washington—and all stakeholders—must rely on the best, most up-to-date data in order to develop effective responses to the challenge, which is why this legislation is so important. I thank my colleague Senator Markey, who represents another major American seafood producer, for joining me in championing invaluable scientific research and the health of our oceans.”

A copy of the bill can be found HERE.

“The Massachusetts Lobstermen’s Association is proud to support the OCEAN Research Act as the commercial lobster industry depends on a healthy ecosystem as do all of the species they sustainably harvest,” said Beth Casoni, Executive Director, Massachusetts Lobstermen’s Association. “The passage of this legislation would allow for the much-needed funding to expand our knowledge on the impacts of ocean acidification on the lobster resource and many other organisms that live in our oceans.  We would like to thank Senator Markey and his team for all their efforts to keep our fishermen fishing,”

“We all depend on a healthy ocean, whether we live on the coast or not,” said Dr. Sarah Cooley, Ocean Acidification Program Director, Ocean Conservancy. “By introducing this legislation, Senators Ed Markey and Dan Sullivan have taken a vital step in ensuring our ocean’s health and protecting the communities who rely on the ocean for jobs, livelihoods, cultures and ways of life from Alaska to Massachusetts. We must continue to monitor and research ocean acidification and its impacts as well as prepare coastal communities to deal with this threat and preserve our coastlines and estuaries.”

A breakdown of the funding authorization in the legislation is: