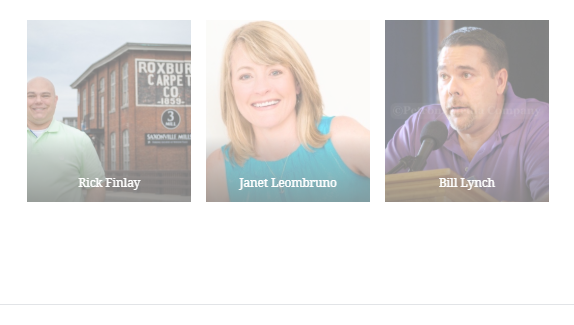 Editor’s Note: Submissions for this column came from the political campaigns, who submitted to SOURCE.

FRAMINGHAM – Janet Leombruno, candidate for Councilor At Large, is proud to announce she has been endorsed by the Professional Fire Fighters of Massachusetts.

“The Framingham Firefighters Local 1652 speak highly of your commitment to public safety as a previous chair of the public safety committee in Framingham. We look forward to your leadership as a City Councilor,” wrote Rich MacKinnon, Jr., President of the PFFM. “You understand that the best way to support working families is to support organized labor. The Professional Fire Fighters of Massachusetts are proud to support those who support us.”

Leombruno received the endorsement from the Framingham Fire Fighters Local 1562, earlier this year.

“I am honored by this endorsement from the Professional Fire Fighters of Massachusetts. I am proud to stand with our first responders who keep our neighborhoods safe,” said Leombruno.

“When I served as Chair of the Public Safety Committee in Town Meeting, I believed in collaboration with our first responders and government to ensure Framingham had the right resources to keep our community safe. I have enjoyed working with people from all walks of life. As Councilor At-Large, I’ll continue to work in that spirit of teamwork,” said Leombruno. “Thank you to the firefighters for their support. They understand what it means to be a team and I am honored they have joined mine.”

Leombruno is a resident of Nobscot and current serves as a Framingham Housing Authority member. Previously, she represented Precinct 3 in Town Meeting.

FRAMINGHAM – Ricky Finlay, candidate for District 2 Councilor, is proud to announce he has been endorsed by the Central Massachusetts AFL-CIO.

“Thank you to the Central Massachusetts AFL-CIO for your endorsement,” said Finlay. “I am a proud union member and am honored to have your support.”

“The Central Massachusetts AFL-CIO Central Labor Council is proud to endorse Richard Finlay, fellow union member and candidate for District 2 City Councilor in Framingham. Richard has a history of standing up for working people and we are confident that he will continue those efforts as a member of the Framingham City Council,” said the endorsement from the AFL-CIO.

District 2 voters can vote for Ricky on Tuesday, November 5.

“William has a history of standing up for the working people, and we are confident he will continue those efforts on the Framingham City Council,” said the AFIO-CIO in a statement.

Lynch is challenging the incumbent City Councilor for the District 7 seat.

“Our neighborhoods must be represented by someone who understands what is needed in each area of our district. I’ve watched businesses pack up and leave like what happened on Hartford Street with no help relocating from our elected officials, watching the dreaded Dennison intersection undergo years of studies only to have concluded we need lights there (which we knew all along and are still waiting for),” said Lynch.

Lynch is a letter carrier for the U.S. Postal Service, and has lived in Framingham for more than four decades.

Submissions for the column are due by Friday at noon. Column is published on Saturdays, except the Saturday before election days.