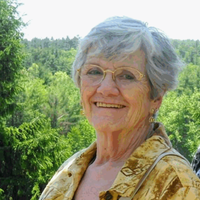 FRAMINGHAM – Joanne (Jody) L. Mahan, a longtime resident of Framingham, died peacefully on October 4, 2019 at the age of 86. Jody was born on December 3, 1932 in New London , Connecticut, the daughter of the late Arthur J. Levy and the late Edith (Horsman) Levy.

After graduating from Wakefield High School, Jody attended Boston University, where she met the love of her life, the late Edward J. Mahan of Framingham.

Ed and Jody lived in Framingham throughout their marriage.  Ed was a lifelong resident of Framingham, and loved his hometown.

Jody was a proud and devoted mother to four.  In 1976, she entered into the LPN program at Keefe Tech in Framingham, and received her LPN degree.  She then worked at Leonard Morse Hospital in Natick for many years. After travelling the country with Ed for the Elks, she then spent her time volunteering throughout town.

She worked frequently at the local voting sites, she took part in the vigil at her beloved St Jeremiah’s church, and she would perform various nursing functions at the Callahan Senior Center.  Her love for Framingham, and the people in it, shined through every day.

Jody was a devoted wife, mother, grandmother, great-grandmother, nurse, and friend to all. Jody is survived by her four children, Michael & his wife Kathy of Mesa, AZ, Lauren Goddard of Northboro , Deborah Reddoch of Worcester, & Thomas and his wife Nancy of Shrewsbury; nine grandchildren; and two great grandchildren.   She is predeceased by her parents, and her loving husband, Edward J. Mahan of Framingham.

Family and friends will honor and remember Jody’s life by gathering for visiting hours at the Norton Funeral Home, 53 Beech Street in Framingham,  on Wednesday, October 9 from  4-8 p.m.

Burial will follow at the Edgell Grove Cemetery in Framingham.