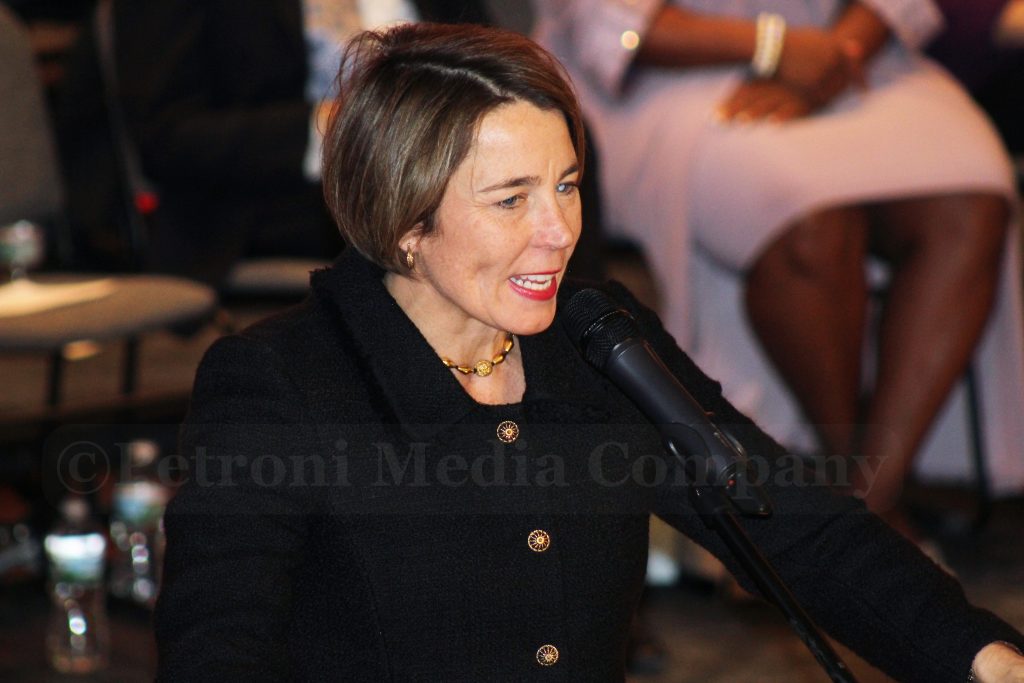 The following is a press release from the Massachusetts Attorney General’s office submitted to SOURCE.

BOSTON – Massachusetts Attorney General Maura Healey, along with a bipartisan group of 24 other attorneys general, filed two briefs today, October 4, in federal bankruptcy court, opposing a request by Purdue Pharma to stop all lawsuits against the company and the Sackler family.

The multistate briefs filed in the United States Bankruptcy Court for the Southern District of New York argue that the court should deny a nationwide preliminary injunction and allow the states’ law enforcement actions to continue.

One of the briefs filed by AG Healey claims that the Sacklers – one of the wealthiest families in America – are trying to use the protection of bankruptcy “to avoid their own individual accountability.”

The states allege the Sacklers used their power as owners and directors of Purdue to lead a decades-long campaign of illegal marketing and create a crisis of opioid addiction, and that the public has a “compelling interest” in having their alleged misconduct exposed in a court of law.

“The Sacklers want the bankruptcy court to stop our lawsuits so they can keep the billions of dollars they pocketed from OxyContin and walk away without ever being held accountable – that’s unacceptable,” AG Healey said. “We filed our lawsuit to get answers for families in Massachusetts who have been devastated by this epidemic, and we will keep fighting for the justice they deserve.”

Click here to read the brief opposing Purdue’s request to stop the states’ lawsuits against the Sackler family.

Click here to read the brief opposing Purdue’s request to stop the states’ lawsuits against Purdue.

Oral arguments on the briefs have been scheduled for Friday, October 11.

AG Healey, whose office was the first to name the Sacklers in a lawsuit, has strongly opposed a settlement offer by Purdue and the Sacklers that would end all litigation against them without real accountability. AG Healey continues to press for an admission of wrongdoing, public disclosure of documents, the Sacklers to pay back the money they made from their illegal conduct, and for Purdue to be shut down.

Below are some excerpts from the letters submitted to the court this week.

“The Commonwealth and our nation will spend billions of dollars in the coming year alone to fight the opioid epidemic and the toll it has taken on our communities. It is time for those directly involved in fueling this public health crisis to take responsibility for their negative impact on society.

I stand with the Attorney General in calling for the Sacklers to pay from their own pockets. They should not be able to walk away a second time without taking responsibility for the harm they have caused.”

“Justice requires that the Sacklers be held accountable for their unconscionable promotion of and profiting from the sale of dangerous substances. Attorney General Healey has called for the Sackler family to pay for their misdeeds with the money they have made from their profiteering. I am firmly in support of her rejection of the proposed settlement and her opposition to the nationwide injunction.”

“Families deserve to know the truth regarding what Purdue and the Sacklers have been doing for far too many years. If the court stops these cases, then there is no justice. Billionaires abusing the system to escape accountability is wrong. The death and destruction of families and communities will continue. We need your help to stop this and let justice prevail.”

financially from aggressive opioid prescribing at a time when they should be promoting reductions in opioid prescribing. We believe this inherent conflict of interest will impede state responses to this urgent public health crisis. For this reason, we strongly support the decision by many states to reject the proposed settlement offer.”

“Our members have been screaming with pain about how the owners of Purdue, the Sackler family has never showed remorse about their wrong doing. Not only should we not settle, the courts should go after Purdue – the company – and the Sacklers to pay back the billions they pocketed from OxyContin.”

“Absolving the Sackler family and its company of responsibility through bankruptcy protection would not be in the public interest. In fact, letting the architects of the problem walk away relatively unscathed while patients and the public health community continue to flounder in the rubble of their opioid scheme would be unconscionable and unjust.”

“Our public health systems are still struggling to come up with long-term care solutions to help those in recovery, to help the babies born addicted or to addicted parents who are unable to care for them, and for effective ways to educate the public at-large on the dangers of these drugs. We are still deep in the throes of the tragedy Purdue has created – allowing Purdue to cut a deal is simply inappropriate and unacceptable.”

“The Attorney General’s suit seeks accountability and a finding of wrongdoing against Purdue and the Sackler family. It also seeks damages sufficient to cover the losses incurred by families of the Commonwealth, the state, along with cities and towns that have expended tax dollars to combat this crisis. As such, we believe the Attorney General’s suit is in the public’s interest and should be allowed to go forward.”

“Massachusetts, like many states, is facing an addiction treatment workforce crisis. As the state continues to invest in the system, ABH members simply cannot hire the amount of qualified staff they need to open new programs. More investment is needed simply to serve those who need access to treatment.”

Click here to read all the letters of support.