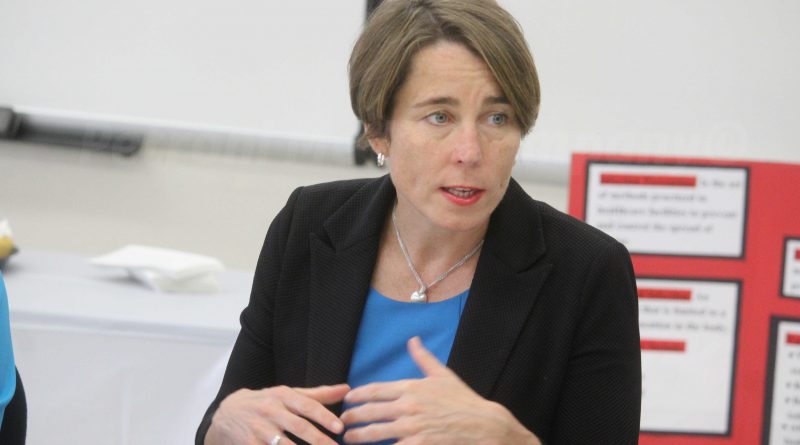 The following is a press release from the Massachusetts Attorney General’s Office.

BOSTON – Massachusetts Attorney General Maura Healey today, September 23, joined a coalition of attorneys general in opposing the Trump Administration’s new rule that vastly expands the use of expedited removal, allowing federal immigration officials to engage in deportation without due process.

In a comment letter sent today, the attorneys general call on the U.S. Department of Homeland Security to rescind the expedited removal rule, which was issued without advance notice or opportunity for public comment. The rule authorizes the U.S. Department of Homeland Security to deport certain individuals living anywhere in the United States without the due process protections afforded in normal removal proceedings, such as the right to an attorney or a hearing before a judge with witnesses and the opportunity to present evidence and defenses. The rule significantly increases the risk that lawful residents will be erroneously deported.

“This is yet another cruel and dangerous policy from the Trump Administration that could result in the separation of countless families and the wrongful deportation of thousands of lawful immigrants,” AG Healey said. “We call on the Administration to immediately withdraw this illegal policy.”

In 2004, the federal government extended the use of expedited removal to include undocumented individuals who were apprehended within 14 days of arrival in the United States by land and within 100 miles of any land border.

Now, the U.S. Department of Homeland Security is allowing expedited removal proceedings to be used to deport undocumented immigrants apprehended anywhere in the United States if the individuals cannot establish, to the satisfaction of a line-level immigration officer, that they have continuously resided in the country for two years.

The rule lacks a clear legal standard, and as such, immigration officials can impose an inconsistent or unclear burden of proof on detained individuals.

Despite the great potential for error in the expedited removal process, it results in final deportation orders that are not generally subject to judicial review.

Lawful residents, U.S. citizens, asylees, or other individuals with legal protections that enable them to remain in the country could be, and have been, mistakenly subjected to deportation.

The attorneys general assert in today’s comment letter that the policy will inflict serious harm on the families and communities living in their states. For instance, mixed-status households with both lawful and undocumented residents may be torn apart with little or no time to prepare or seek legal representation.

The prospect of sudden and unexpected separation can cause children to experience serious mental health problems, including depression and anxiety. These harms are worsened when fears of forcible family separation come true.

In addition, because of the rule, immigrants may be even less likely to report crime or exploitation or seek needed medical care, negatively affecting public safety and health.

The disruption and harm to local communities and families would be particularly acute in Massachusetts, where one in five workers is an immigrant, and undocumented immigrants pay an estimated $185 million in taxes each year