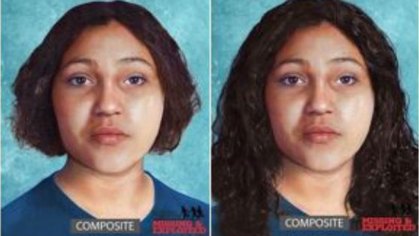 FRAMINGHAM – A cold case, four decades old, out of Pennsylvania may be connected to Framingham.

The Pennsylvania State Police and the National Center for Missing and Exploited Children (NCMEC) are trying to determine if a woman’s body found near the Lehigh River was Maggie Cruz.

In Dec. 1976, a pregnant woman’s body was found dismembered and put into three suitcases. She had been brutally raped, strangled and shot in the neck after she died, according to the Center for Missing and Exploited Children.

But a new tip suggests that woman, who is known as Beth Doe, is a Maggie Cruz who went to Rockwood Academy in Lenox for a short time and then lived with a foster family in Framingham. It is possible she attended Framingham North High School.

“Around 1974, at just 16-years old, Maggie ran away from Framingham, making that the last time anyone saw her,” according to the Center.

Two years later, Maggie called a friend and said she was pregnant and needed money but did not say where she was. This is the last time she was heard from, police said.

The Center for Missing and Exploited Children and Pennsylvania State Police are trying to determine whether or not Maggie Cruz is Beth Doe.

Police said Beth Doe was dismembered and placed inside three suitcases with pieces of a pink bedspread.

She was estimated to be 15-25 years old and in her third trimester of pregnancy at the time of her death, carrying a baby girl.