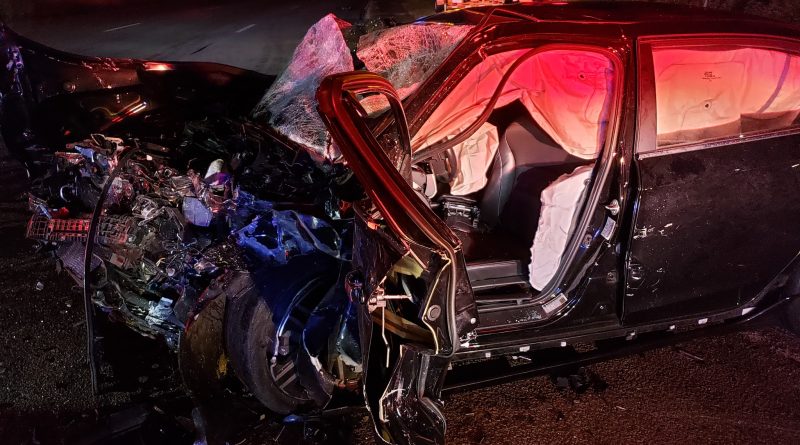 FRAMINGHAM – Three men were injured in a two-vehicle crash on Route 9 early this morning, Saturday, Sept. 21.

Tower 1, engine 1, ambulance 1, 2, and 4, were all on the scene this morning, as firefighters had to extricate a couple of individuals from the vehicle (pictured).

The call came in at 5:27 a.m. for the 1699 Worcester Road crash, which is located near California Avenue, said Framingham Fire Deputy Chief Brian Connolly.

Firefighters transported one man, in his 40s, via ambulance to UMass Memorial Hospital in Worcester, after he complained of chest pains, said Deputy Chief Connolly.

He was the driver of one of the vehicles.

Firefighters had to extricate the driver and the front-seat passenger from the second vehicle (pictured), said Deputy Chief Connolly. Both men were in their 20s, according to Framingham Fire.

Both were unresponsive with multi-trauma issues, said the Deputy Fire Chief.

They were transported, via ambulance, to UMass Memorial Hospital in Worcester, said Deputy Chief Connolly.

The third man, also in his 20s, located in the back seat of the vehicle, refused treatment, said the Deputy Fire Chief.