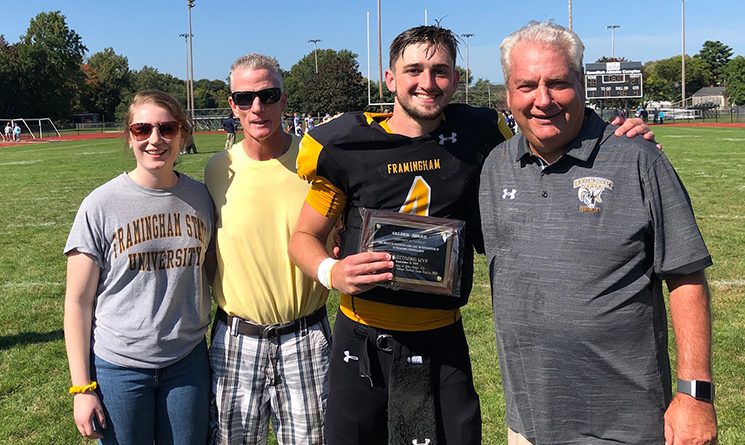 It was the first win of the season for the Framingham State football team.