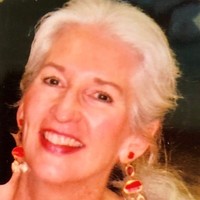 FRAMINGHAM – Judith Anne MacPherson Stames-Hamilton, 80, passed away peacefully on September 10, 2019, surrounded by her family after surviving a long illness.

She resided in Framingham for most of her life and was the daughter of Deborah Bradford Neally and Robert Gay MacPherson. Her great grandfather James E. Mac- Pherson was the president of the Framingham News Publishing Co. which was passed down through 3 generations.

Judith was known by many as a Dancer for the Concert Dance Co.in Boston, a member of NEFFA teaching children and families folk dancing, teaching/choreographing dance for children at the YMCA in Framingham for over 40 years, an Artist-In-Residence at schools throughout New England, a UU conferee/dance workshop instructor at Star Island. She was involved in many social justice events and a Board member for several organizations in the community.

She was known and loved by her family, friends and colleagues as a faithful, loyal, giving, caring person whose focus was as an artist of Dance and Music. She was charming, elegant, graceful, spirited and exuded an honest, fun, adventurous and loving spirit.

She received her Bachelors at Northeastern University and a Master’s Degree from Goddard College in 1978.

She is survived by her husband William Roy Hamilton, Jr. of Framingham and his sister Mary Hamilton of Oklahoma; children, Deborah Stames-Merz and husband Jonathan S. Merz of Carlisle, Peter B. Stames, Jr. and his wife Jackie S. Stames of Duxbury and Courtney B. Stames (Deceased). Her step-daughters, Page A. Hamilton and husband John Shaw and Penny K. Hamilton both of South Carolina and Kim S. Gordon (Deceased); grandchildren, Emily J. Gordon of South Carolina, Calder H. Stames and Heron A. Stames of Duxbury, Jason B. Merz of Carlisle and Alissa B. Merz of CA. Former husband Peter Barnes Stames, Sr. of Scituate; Nephews Ross MacPherson and his wife Ashley of Plympton and Reid MacPherson of Quincy and a niece Debbie Agheana in Michigan.

A Celebration of Life Memorial Service and reception will be held on Friday, September 20th, 2019 at 2 p.m. at the First Parish in Framingham Unitarian Universalist, 24 Vernon St., Framingham, MA 01701.

In Lieu of flowers expressions of sympathy may be made in her memory to the Parkinson’s Foundation.