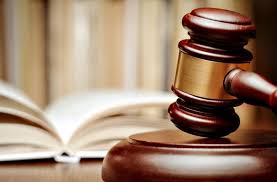 The following is a media release from the Governor’s’ office submitted to SOURCE media.

BOSTON – Today, Sept. 18, Massachusetts Gov. Charlie Baker nominated Attorney David A. Deakin of Arlington to the position of Associate Justice of the Superior Court. Attorney Deakin has 26 years of legal experience in the public and private sectors

“Attorney Deakin’s trial skills, legal acumen and knowledge as a prosecutor in multiple areas of the law and regions of the Commonwealth will serve the bench well,” said Gov. Baker. “I am pleased to submit this well qualified nominee to Governor’s Council for their advice and consent.”

“Attorney Deakin’s commitment to justice and the Massachusetts legal community is admirable, and his extensive experience in the courtroom will allow him to serve effectively,” said Lieutenant Governor Karyn Polito. “I am confident that, if confirmed, this bright and qualified attorney will serve on the bench with distinction.”

The Massachusetts Superior Court is a statewide court of general jurisdiction – handling both criminal and civil actions.

Judicial nominations are subject to the advice and consent of the Governor’s Council. Applicants for judicial openings are reviewed by the Judicial Nominating Commission (JNC) and recommended to the governor.

Attorney David A. Deakin started his legal career in September 1991 as a judicial clerk for the Honorable Ruth I. Abrams of the Supreme Judicial Court of Massachusetts. In 1992, Attorney Deakin became Assistant District Attorney in the Norfolk County District Attorney’s Office where he prosecuted felony cases with a specialization in child abuse, domestic violence, and sexual assault cases until April 1996.

In 1996, Deakin joined the Suffolk County District Attorney’s Office as Assistant District Attorney, later becoming the Chief of the Child Abuse Unit in 1998 and then in 2004 becoming the Chief of the Family Protection and Sexual Assault Bureau. In that role, Deakin supervised lawyers, victim witness advocates, forensic interviewers and investigators prosecuting cases of physical and sexual abuse of children, child homicide, domestic violence and sexual assault, while handling his own caseload of notable and serious cases.

In addition to his litigation work, Attorney Deakin has also had extensive teaching experience, having taught in the First Year Legal Writing Program at Boston University School of Law from 1995 to 1998 and Trial Advocacy at Harvard School of Law since 2010. Attorney Deakin has served on a number of Advisory Boards and Commissions including, The Massachusetts Probation Advisory Board, the Standing Advisory Committee to the Massachusetts Supreme Judicial Court Rules Committee and the Massachusetts Continuing Legal Education Curriculum Committee.