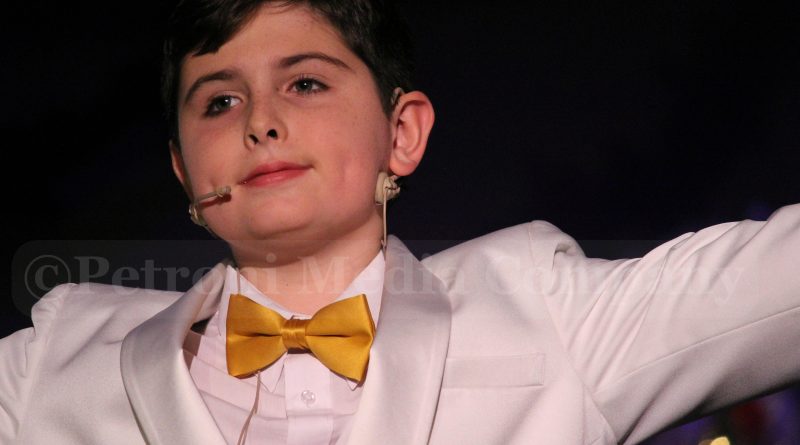 FRAMINGHAM – Twelve year old Jack Brzenk, an eighth-grader at Saint Bridget School in Framingham, has been selected to compete in the New England’s Got Talent show happening at the Stadium Theatre in Rhode Island on September 22.

New England’s Got Talent looks for the region’s best talent of any sort to perform for a panel of professional judges. The winner will receive a 1500 dollar cash prize, runner up will get $500, and third place will get $300. There is also a prize for the “fan favorite” act who will receive $100.

Brzenk said what inspired him to audition was his love for the show America’s Got Talent.

He hopes to be on it one day and “being in New England’s Got Talent helps [him] realize that [his] dreams could possibly come true.”

The audition itself was somewhat intimidating, he says. He knows that there are so many talented acts so it is tough to earn a spot on the show, but it was “really exciting to hear” that he was one of the lucky few to get on.

For his audition, he sang and played his ukulele.

His passion for theater has played a part in feeling comfortable to perform on stage, Brzenk said.

He has been doing shows since the third grade at Marian High School and Saint Bridget School.

He explains, “Mr. Flynn, the director at Marian, taught me so much. He helped me build confidence and realize how much I love singing and acting.”

He also gives credit to his Aunt Carolyn, who “is a musician in Philly and has taught [him] how to play the ukulele this past spring and gives [him] feedback on [his] singing.”

Brzenk he would definitely participate in a competition show like this again if given the chance.

He “can’t imagine what [his] life would be without music or performing.” You can check out Jack on his YouTube channel “Jdbrz Music” where he “writes [his] own songs and covers [his] favorite artists.”

You can also see the show for yourself on September 22 at Stadium Theatre in Rhode Island.

Tickets can be purchased on the New England’s Got Talent website: https://www.stadiumtheatre.com/events/new-englands-got-talent/63