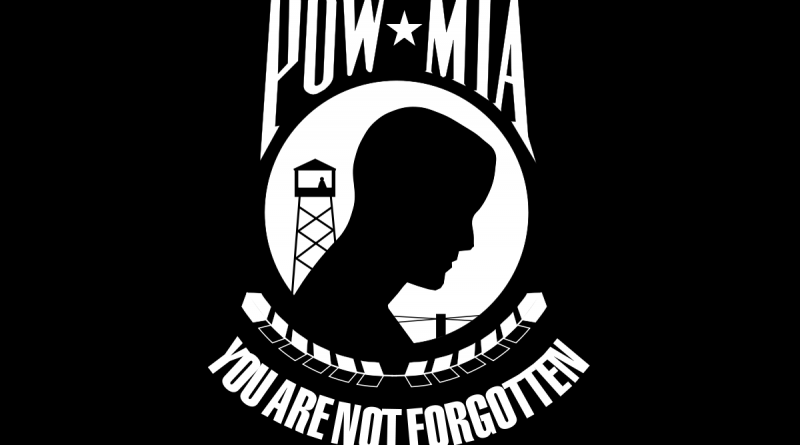 The following is a press release submitted to SOURCE.

FRAMINGHAM – The United States’ National POW/MIA Recognition Day is observed across the nation on the third Friday of September each year. The date this year is Friday, September 20.

Many Americans take the time to remember those who are missing in action and still not home as well as their families.

National POW/MIA Recognition Day is not a federal public holiday in the United States but it is a national observance.

Americans across our country pause to remember the sacrifices and service of those who were prisoners of war (POW), as well as those who are still missing in action (MIA), and their families. All military installations fly
the National League of Families’ POW/MIA flag, which symbolizes the nation’s remembrance of those who were imprisoned while serving in conflicts and those who remain missing.

Veteran rallies are a part of this national day of recognition, and here in Framingham we will be holding the 4th annual POW/MIA Recognition Ceremony on Friday, September 20 at the Vietnam Soldiers Statute, in the
MWRTA Center, 15 Blandin Ave, Framingham, at 6 p.m.

There are 1,594 service members nationwide still listed as MIA. Of those, 39 are from Massachusetts.

We will be honoring each of those brave men, who gave all in service to their country, and will be reading their names and lighting a candle in remembrance for those 39 from Massachusetts, said one of the organizers James Pillsbury.

Speakers for this event include: Vietnam Veteran Ed Carr, who is the director of the MWRTA.

The National League of Families’ POW/MIA flag symbolizes the United States’ resolve to never forget POWs or those who served their country in conflicts and are still missing.

In capital letters on that flag are the words:  “You Are Not Forgotten”. Please join us for this solemn and important event as we live up to those words. At the Vietnam Soldiers Statue in the MWRTA Center, 15 Blandin Avenue in Framingham.