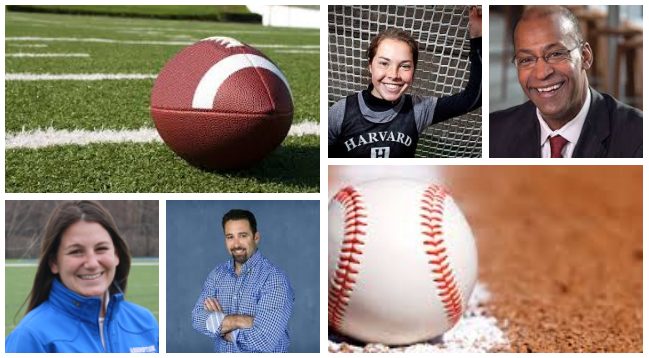 FRAMINGHAM – Six outstanding athletes will be inducted into the 2nd Annual Flyers Hall of Fall in 2019.

Scores of male and female athletes and coaches were nominated.

To be considered, an individual/team must be at least 5 years out of school. Coaches were eligible immediately upon retirement.

Only those individuals nominated were considered by the Committee for the Class of 2019.

The Hall of Fame Committee voted on their top choices and selected six athletes, including two who were voted in 2018, but could not attend the inaugural ceremony – Melanie Baskind and Lou Merloni.

To nominate someone for the Class of 2020, click here.

To be inducted into the Flyer Hall of Fame in 2019 will be:

The induction ceremony is scheduled for Friday, November 1 at the Sheraton hotel & conference center in Framingham.

Tickets, for what is expected to be a sold-out event, will go on sale later this month.

Proceeds from the Flyers Hall of Fame ceremony, and subsequent induction ceremonies will benefit the Framingham High athletics department.

MutualOne Bank is the premier sponsor for the Flyers Hall of Fame.

The Committee is accepting additional sponsors for the program and ceremony.

Editor’s Note: In full transparency, I serve on the Hall of Fame committee.