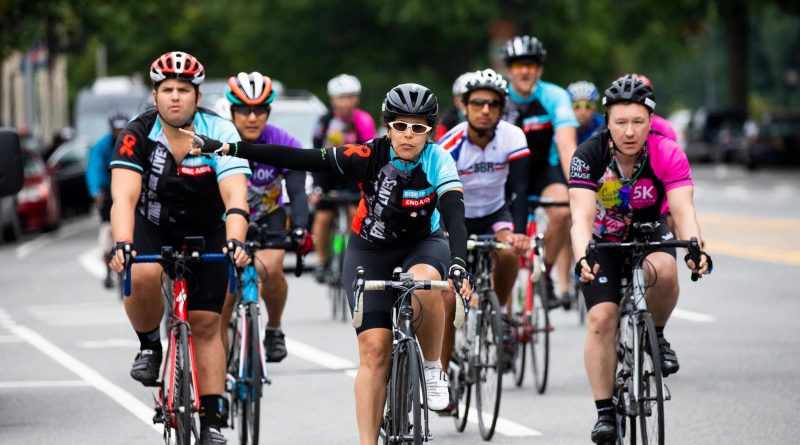 Since its inception in 1995, the Ride has raised more than $14 million for the continuation and expansion of The Center’s HIV/AIDS prevention and support services.

“We’ve made incredible strides in the fight against AIDS over the past few decades—but as long as the disease exists, we can’t claim victory,” said Glennda Testone, The Center’s Executive Director. “The funds and awareness that Cycle for the Cause raises ensure that we can keep making progress, and strengthen our efforts to stamp out HIV and AIDS once and for all.”

The Center was founded in 1983 in direct response to the AIDS crisis. Cycle for the Cause offered LGBTQ community members and their loved ones a way to battle the AIDS epidemic that devastated our community, while also expanding the conversation about AIDS to other towns, cities and states. Today, the Ride continues to be a way to fight the disease and raise awareness of how it still affects people today.

More than one million people in the U.S. live with HIV, and thousands will die from AIDS-related complications this year alone. With funds from the Ride, The Center provides:

·         Referrals to health insurance and housing options, as well as LGBTQ-affirming doctors who specialize in HIV/AIDS

Cycle for the Cause extends from Boston to New York City, with overnight stops in Framingham, Mashantucket, CT and Trumbull, CT.

Nearly 500 people will participate in the journey, including crew members and riders.

The Ride will conclude on Sunday, September 22, with closing ceremonies known as The Red Party at The Center, 208 W 13St, NYC. The Red Party is free and open to the public.