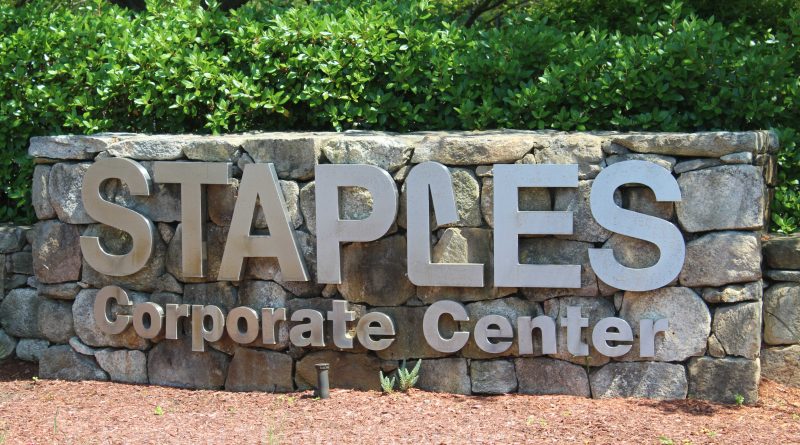 FRAMINGHAM – Staples, with its world-wide headquarters in Framingham, has been laying off employees yesterday, September 9, and today, September 10.

Employees from Staples, who were given notice of termination, contacted SOURCE about the layoffs today, September 10.

It is unknown the specific number of layoffs at this time, but based on employees contacting SOURCE, the number is more than 100. Reports had layoffs in IT, human resources, and other departments in Framingham.

SOURCE has messaged Staples multiple times, and no response has been received.

It is unknown if the layoffs are all at the HQ in Framingham, nationwide, or world-wide.

The exact number of individuals laid off this week, since Staples has yet to comment, will likely have to come from a WARN (Worker Adjustment and Retraining Notification Act) filing with the state or a filing with the federal government.

SOURCE requested a statement from Framingham Mayor Yvonne Spicer, who is speaking at a conference in Vancouver Canada today.

“I am aware of the layoffs and have received Staples’ statement,” said Spicer.

Reports filed with the federal government showed 175 employees were laid off, mostly in the IT department, in 2018. The U.S. Department of Labor’s paperwork implied the laid-off Staples workers’ jobs may have been shifted overseas.

At the end of July, Staples Solutions B.V. announced it had entered into an agreement with European distributor of packaging supplies and equipment for businesses RAJA, S.A., to purchase Staples Solutions’ business units in France, Italy, and Spain.