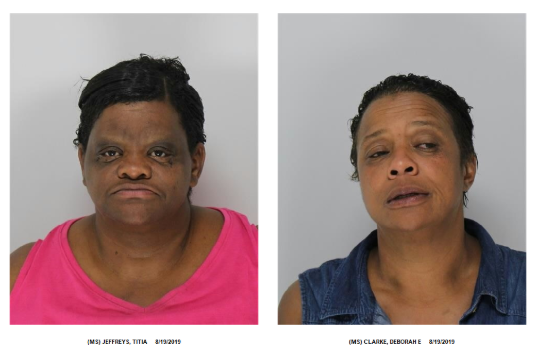 FRAMINGHAM – Police pulled over a woman driving a U-Haul, that ran a red light on Route 30 yesterday August 19, just after 7:30 p.m.

She was driving on a suspended license, explained Framingham Police Lt. Patricia Grigas.

Police searched the U-Haul, and found more than $1,200 worth of clothing, make-up, toiletries, reported stolen from Walmart and Target in Framingham, said Lt. Grigas.

Both the driver and the passenger in the vehicle were arrested.

Police arrested Deborhan E. Clarke, 52, listed as homeless in Framingham. She was charged with operating a motor vehicle after license suspended and larceny over $1,200.

Police also arrested at Route 30 and Burr Street Titia Jeffreys, 51, of 794 Mass Ave. in Boston. She was charged with larceny over $1,200

Both are scheduled to be arraigned in Framingham District Court on Tuesday.