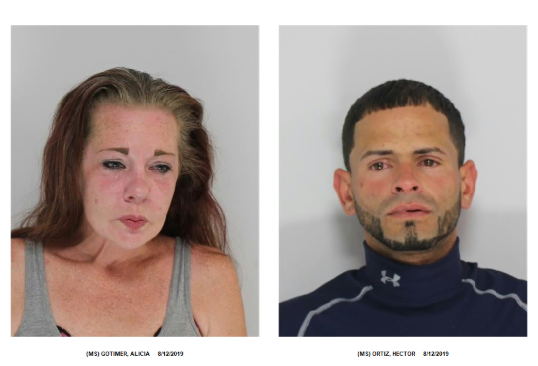 The two were observed by Framingham detectives “conducted a hand to hand transaction,” said Framingham Police Lt. Patricia Grigas. “He was observed selling to her.”

Police arrested at Franklin and Park Streets Alicia Gotimer, 36, 14 Avon Street of Framingham. She was charged with possession of a Class C (prescription) drug and conspiracy to violate the drug law.

Police arrested Hector Ortiz, 32, listed with no address (homeless). He was charged with distribution of a Class C drug ( prescription).

Both are scheduled to be arraigned in Framingham District Court on Tuesday.