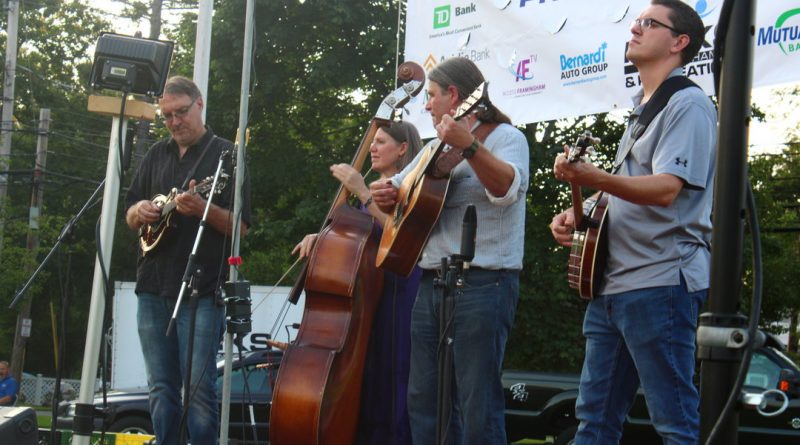 FRAMINGHAM – The concert was crowded, as families congregated on blankets and chairs to listen to Local Freight, a four-piece Bluegrass band, on Friday, August 2.

Janet Platt, a local, commented that she enjoyed the Concerts on the Common “for the music. They always pick really good music.”

There was much more to the event than music, though.

Vendors were set up, with food being provided by Centre House Pizza and Eastleigh Farms.

The Framingham Library brought their Bookmobile, a Library on wheels that was introduced early this spring.

Close by to the vendors was a play area, with blocks and structures for young children to play with as the adults around them socialized and enjoyed the concert.

“It speaks to summer,” Kate Jurczyk said, commenting on the pleasant spirit of the concert, as the concertgoers socialized during a break, becoming the perfect portrait of summer with ice cream, smiles, and the sun setting over the common.