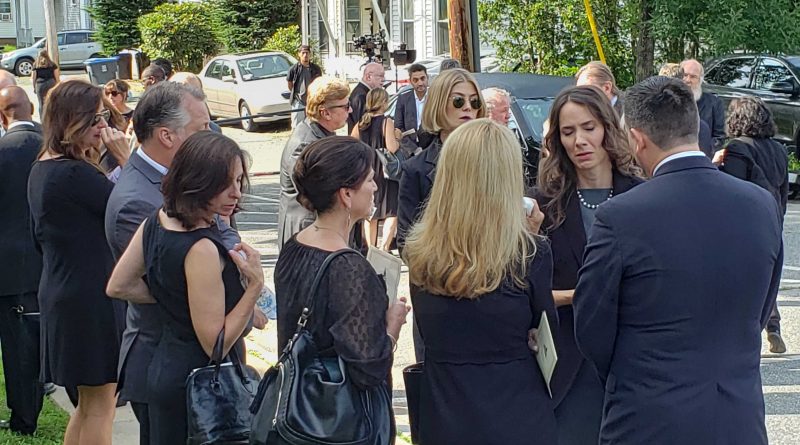 NATICK – Film crews were in Natick yesterday, and will be back today, July 17, filming scenes for the upcoming film titled I Care A Lot in downtown Natick.

British actress Pike has starred in a Gone Girl, Jack Reacher, Die Another Day, as a Bond woman, and in Pride & Prejudice

Gonzalez is a Mexican actress famous for movies Baby Driver and Alita.

Dinklage, an American actor, was most recently in the Game of Thrones.

According to IMDB.com, the film is about “a legal guardian who discovers that her seemingly perfect client is not who they appear to be.”

One of the scenes filmed yesterday was for a funeral.

Actress Pike, who plays Marla Grayson in the film, was seen yesterday during the filming in downtown Natick.

Filming had taken place in Wellesley the past couple of weeks, according to the Swellesley Report.

Natick issued an alert on Monday to warn motorists and residents of filming downtown. The Town said filming could take place at: