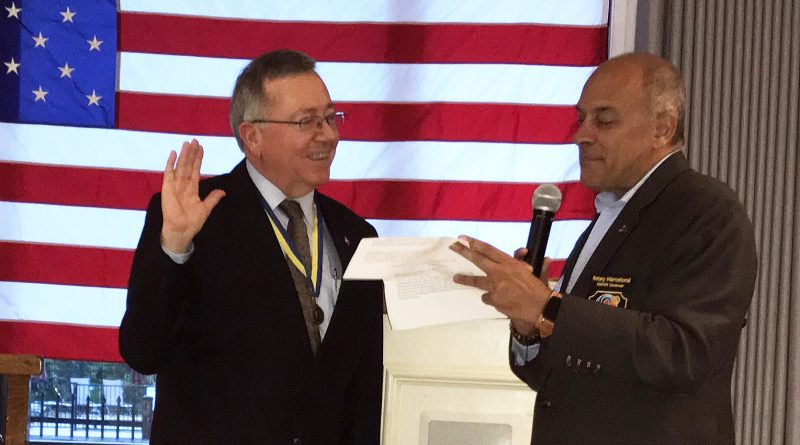 Steven Sager, Governor of District 7910 of Rotary International administeded the oath of office to Cevallos.

President Cevallos, a seasoned Rotarian, is deeply involved in the Framingham club’s activities.

Also at the dinner Ashland resident Ken Erdelt was honored as “Rotarian of the Year” for his continuous and creative hands-on support of the club’s charitable programs.

The “Citizen of the Year” award went to James and Cheryl Stockless, of Framingham, longtime public education advocates who hosted the club’s Danish exchange student.

The Medical Reserve Corps of the City of Framingham was named “Organization of the Year.”

Photo and release submitted to SOURCE