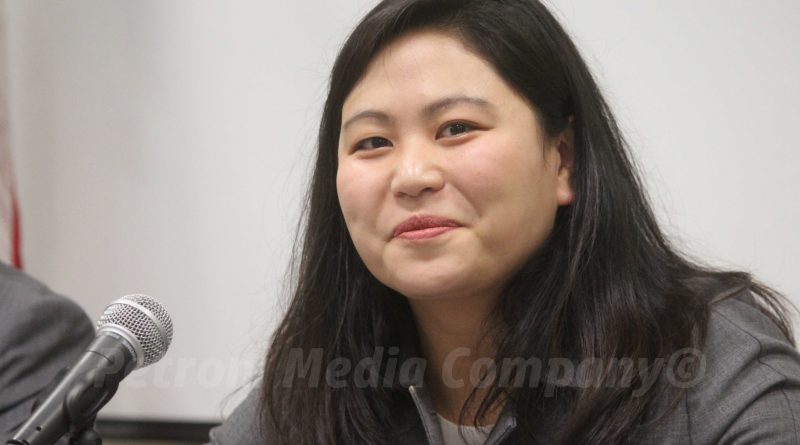 The following is a media release submitted to SOURCE media.

On June 27, the Joint Committee on Telecommunications, Utilities and Energy issued a favorable report on S. 2011, a bill to create energy efficiency standards and reporting requirements for large buildings. The bill was reported out to the Senate for further action.

“Time is running out to meaningfully address climate change, and building efficiency standards are a critical part of the comprehensive set of solutions we need,” said Senator Rausch. “I’ve heard from folks in my district and across the Commonwealth that they want real action to protect our environment and stimulate related job and economic growth. Like so many fellow parents, I want all of our children to have a livable, enjoyable planet in 50 years. It’s my responsibility as a Senator to make progress here.”

“This bill is aggressive but extremely practical in providing both environmental and economic benefits,” said Rep. Robinson, a Democrat who serves Framingham.

“Upon passage, Massachusetts would be the first state to adopt building energy performance standards, a perfect opportunity for the Commonwealth to reduce greenhouse gas emissions and maintain its status as a leader in the area of energy efficiency,” aid Rep. Robinson.

The bill filed by Rausch and Robinson would establish reporting requirements and statewide energy efficiency standards for buildings with at least 15,000 square feet of gross floor area.

Beginning in 2020, large building owners would be required to report on each building’s energy usage, which information would be publicly available online.

In 2021, the Department of Energy Resources (DER) would create energy performance standards (varying by property type), and large building owners would need to comply with those standards within five years, unless DER-established exemption criteria apply. The bill also directs DER to create incentive and financial assistance programs for qualifying building owners.

Cities across the country, including Boston, Cambridge, San Francisco, and Washington D.C., have already adopted and successfully implemented similar standards and reporting requirements.

According to a United Nations climate report issued this year, the world has less than 12 years to significantly reduce carbon emissions to avoid an irreversible rise in global temperatures.

In Massachusetts, more than half of all energy consumption comes from electricity, heating, and cooling for residential and commercial buildings. Although energy efficiency standards exist for new construction, Massachusetts has no statewide requirements for buildings constructed prior to the code’s update.

“When it comes to reducing greenhouse gas emissions, the building sector is the toughest nut to crack,” said Senator Mike Barrett, Senate Chair of the Joint Committee on Telecommunications, Utilities and Energy. “Senator Rausch’s considerable communication skills helped us get a start on dealing with a difficult problem. Her bill, filed with Representative Robinson, is among the first six to earn Committee support this year.”

Ben Hellerstein, State Director of Environment Massachusetts, said, “The first step to power our society entirely with renewable energy is to reduce the amount of energy we’re using. Today, large buildings in Massachusetts are consuming far more energy than necessary, but with this legislation,
that will change. Thanks to Senator Rausch and Representative Robinson for leading the charge on setting energy efficiency standards for large buildings, and to the Joint Committee on Telecommunications, Utilities and Energy for moving this bill forward.”