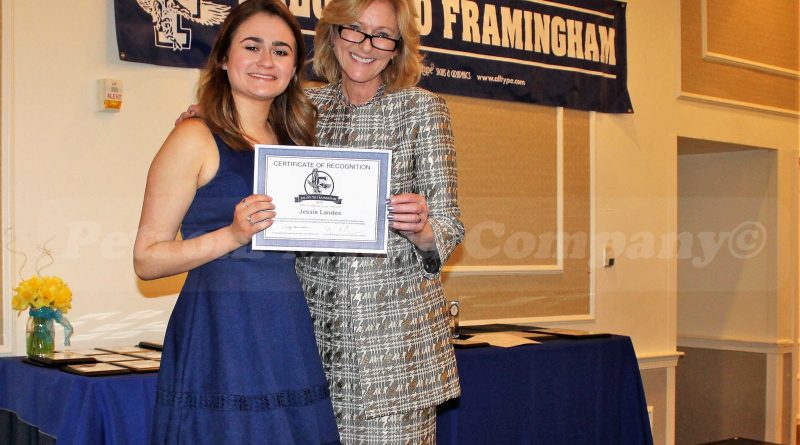 Editor’s Note: Annually at the Salute to Framingham, members of the senior class are honored.

Framingham Source will profile the 24 student honorees between now and graduation in June. SOURCE has published the profiles annually since it launched in 2016.

The students were selected by the high school and the profiles below were provided to SOURCE by the Framingham High School Foundation.

FRAMINGHAM – Jessie Landes is a member of the Framingham High School Drama Company.

She had a lead role in the musical Chicago, and a lead in the play Animal Farm, which was the company’s entry in the METG State Drama Festival this spring.

She is an officer of the Drama Company.

She also serves as an officer of the National Honor Society.