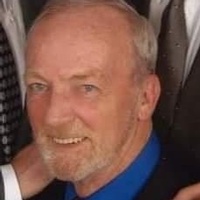 Born in Boston, MA to Charles Davis and Mildred (Keegan) Davis and raised in Framingham, he was a longtime resident of Ashland, MA.

Ed was retired from Main St Wine and Spirits and Tapeler Tape Machines, both in Ashland, he was also the manager at The Yankee Pub Restaurant in downtown Framingham and a long time dry cleaner.

He is survived by his sons, Edward N Davis Jr of Uxbridge, Russell A Davis of Blackstone, granddaughter, Alayna J Davis of Milford, brothers, Charles Davis of Harrisville, RI, and Lawrence Davis of Ashland, sister, Dorothy Bassette of Agawam, close friend,  Richard Giles, and many nephews and nieces.

Private services will be held at a later date.