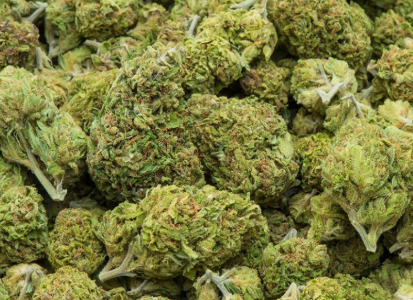 The following is a media release by Sen. Elizabeth Warren’s office. Sen. Warren is one of two individuals elected to represent the Commonwealth of Massachusetts in Washington DC. She is a Democrat.

WASHINGTON DC – United States Senators Elizabeth Warren (D-Mass.) and Cory Gardner (R-Colo.) today, April 4, reintroduced the Strengthening the Tenth Amendment Through Entrusting States Act (STATES Act) to ensure that each State has the right to determine for itself the best approach to marijuana within its borders.

As states began developing their own approaches to marijuana enforcement, the Department of Justice issued guidance to support these state actions and focus law enforcement resources more effectively. However, this guidance was withdrawn in 2018, causing legal uncertainty, threatening public health and safety, and undermining the states’ regulatory regimes.

“Our federal marijuana laws are outdated and pose a threat to our public health and safety. Marijuana should be legalized, and we must reverse the harm of these failed policies by wiping clean the records of those unjustly jailed for minor marijuana crimes,” said Sen. Warren. “Congress should take immediate action on these important issues by passing the bipartisan STATES Act and protecting states, territories, and tribal nations as they implement their own marijuana laws without federal interference.”

“In 2012, Coloradans legalized marijuana at the ballot box and the state created an apparatus to regulate the legal marijuana industry. But because of the one-size-fits-all federal prohibition, state decisions like this put Colorado and other states at odds with the federal government. This is an issue across America,  with states like Utah, Oklahoma, Michigan, Vermont, and Missouri approving new or expanded programs just last year,” said Senator Gardner.

Some organizations point to specific implications of the bill, like enhanced tribal sovereignty and banking law clarity:

“While ABA does not take a position on the legalization of cannabis and the STATES Act is not a banking specific bill, removing the federal prohibition on cannabis in states that have legalized its use would allow banks to accept deposits and provide basic financial services to state licensed cannabis businesses and their service providers,” wrote Rob Nichols, President and CEO of the American Banking Association. “That, in turn, would help those communities reduce cash-motivated crimes, increase the efficiency of tax collections, and improve the financial transparency of the cannabis industry.

A supporter of federal legalization of marijuana, Senator Warren is also a cosponsor of the Marijuana Justice Act and last Congress cosponsored the Marijuana Freedom and Opportunity Act.