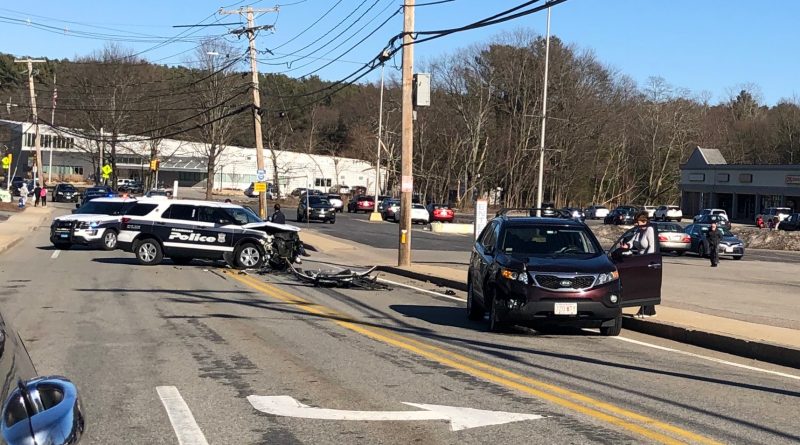 FRAMINGHAM – A Framingham Police cruiser was involved in a serious crash on Water Street today, March 26.

The crash happened during the 4 o’clock hour involving the cruiser and a maroon KIA.

Traffic was re-routed through Nobscot plaza, as the right lane of Water Street was blocked by the crash.

No other details are available at this time.