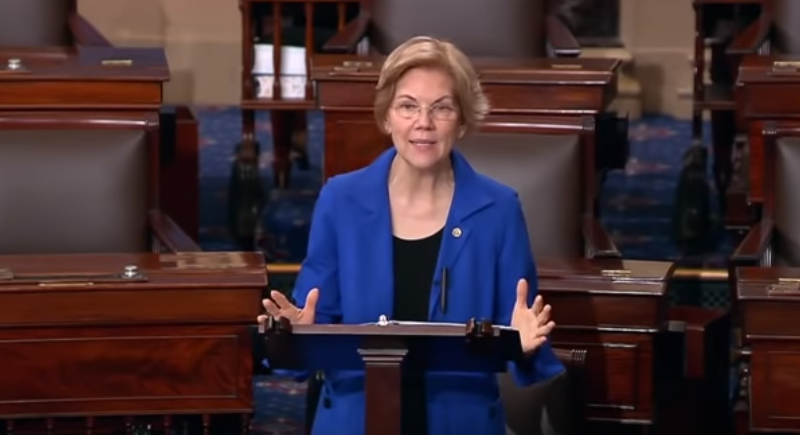 The following is a press release from Sen. Elizabeth Warren’s office. She is one of two elected senators who represent the Commonwealth of Massachusetts in Washington Dc. She is a Democrat.

“Native communities have long faced numerous obstacles to exercising their right to vote, from inconvenient polling places to discriminatory voter ID requirements,” Sen. Warren said. “It’s critical that tribal communities have equal access to the ballot box, which is why I’m pleased to join Senator Udall in introducing this powerful legislation to help safeguard Native voters’ voices in the democratic process.”

“For too long, Native Americans have been blocked from exercising their constitutional right to vote,” Senator Udall said. “In 1948 – 70 years ago – my grandfather, Levi Udall, served as Chief Justice of the Arizona Supreme Court where he authored the opinion extending the right to vote to Native Americans living on the reservation. He wrote, ‘To deny the right to vote… is to do violence to the principles of freedom and equality.’ I wholeheartedly agree. But with every election cycle, state and local jurisdictions come up with new ways to deny Native Americans equal access to the ballot box. From eliminating polling and registration locations, to passing strict voter ID laws that target Native Americans living on reservations, these undemocratic barriers have blocked many Native Americans from exercising their basic civil right to vote. It is more important than ever that we pass legislation to ensure that the voices of Native communities in New Mexico and across Indian Country are counted, not discounted.”

The legislation would enact key measures, such as increasing Native access to voter registration sites and polling locations, and authorizing tribal ID cards for voting purposes.

“Our nation’s democracy is founded on the right to vote and the ability of every citizen to participate in that process equally. Unfortunately, there are many obstacles in Indian Country that stand in the way of Native Americans’ ability to vote—from language barriers and burdensome voter ID requirements to the locations of polling places for remote and rural communities,” said Senator Heinrich. I’m proud to support this legislation to provide resources and oversight to overcome those obstacles and ensure equal access to our democracy.”

“The right to vote is fundamental, and we must ensure that everyone has a voice in our democracy. I’m proud to join my colleagues in reintroducing this legislation to address the specific, systemic barriers that Native Americans face in the democratic process and to give the federal government greater tools to enforce voting rights law on behalf of tribal communities,” said Senator Harris.

Native American Voting Rights Act will build upon the protections in H.R. 1 and H.R. 4, and specifically address the challenges posed by voters on tribal lands.”

“We know the importance of making our voices heard and exercising our right to vote,” said National Congress of American Indians President Jefferson Keel. “As tribal leaders, we often discuss what we can do to motivate our tribal citizens to vote, but one of the problems is that voting is simply harder for our citizens than it is for others. This legislation would help change that, and we hope Congress will move quickly to enact this important legislation.”