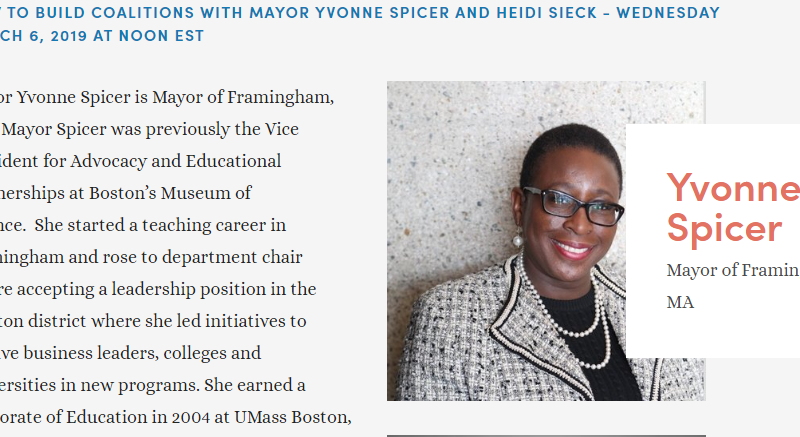 FRAMINGHAM – Framingham Mayor Yvonne Spicer will lead a free webinar today on how to build coalitions today, March 6 at noon.

The webinars are for elected women and self-identifying women activists.

Today’s webinar will explore how to build successful partnerships and get involved fighting for progressive causes.

Editor’s note: This event was not listed on the mayor’s public schedule for today on the City’s website.