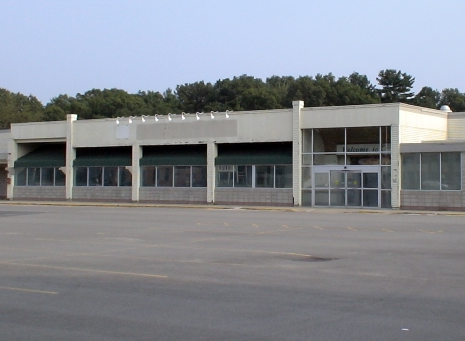 FRAMINGHAM – Mayor Yvonne Spicer requested the City Council pre-submit questions to her before Tuesday night’s City Council meeting. Below is the list of questions submitted to the Mayor today, March 1.

1) Please discuss the history of the chapel and its historic significance to the
neighborhood and why it is important to preserve the building for the neighborhood.   (District 2 City Councilor Pam Richardson)

2) Please describe the improvements to the Edgell/Edmunds /Water St. Intersection and the land that the chapel currently is on and how the intersection improvement plan is affected by the current location of the Chapel. (Richardson)

3) ​How long ago did the Star Market vacate the Nobscot Plaza and the first time (if this information is available) that Mr. Rose reached out to the town expressing an interest in working with the town to develop the property? (Richardson)

4) Please provide a brief summary (if this information is available) of the amount of work the Town/Economic Development Dept. has done with members of the Nobscot neighborhood to try and reach consensus regarding the future of Nobscot Plaza. (Richardson)

5) If this information is available, please share what we know about the lease with CVS currently and the prospect of what potentially could happen with the property if CVS vacates the Plaza (as the last tenant of the property) and to follow that, what Shaw’s Supermarkets (current lessee) could do with the property if there are no longer tenants. (Richardson)

6) The special act from 2013 that was referenced in your letter to the Council provides the final approval authority to the Board of Selectmen.   As you are aware, after the change in the charter some duties of the Board of Selectmen have vested in the Council and other in the Mayor.  This special act is not among a long list of acts specifically documented in the Charter as an act that continues.   Has there been an advisory opinion sought from the Inspector General that concurs with the apparent local interpretation that the special act is still valid in a city and the Mayor specifically assumes the power of the Board of Selectmen in this instance? (City Councilor George King)

7) What is your vision, role, plan, and efforts on the matters relative to Nobscot? (District 4 City Councilor Mike Cannon)

8) What is your long-term vision for a successful Nobscot Plaza? Is Mr. Rose’s latest plan, which calls for, among other things, a 4 story apartment building, consistent with that vision? (District 3 City Councilor Adam Steiner)

9) Would you explain your strategy of the Nobscot Chapel decision as it fits into your overall redevelopment strategy for Nobscot Plaza and the Nobscot area? (District 5 City Councilor Denis Giombetti)

10) Why after Mr. Robert, Mr. Halpin and other officials agreed that the only negotiating lever that the people of Framingham had regarding the Nobscot plaza was the Chapel and that it was decided not to do an additional RFP until a satisfactory solution for the blighted shopping center was approved was our only piece of negotiating leverage
given away? ( City Councilor Cheryl Tully Stoll)
a. What was the process surrounding the decision?
b. What was the justification for the decision?
c. ​Who made this decision?
d. And how is this decision in the best interest of the people of Nobscot and the rest of Framingham?

11) What were the criteria and rationale by which the decision to either award or reject Nobscot bids? (Giombetti)

12) Given the high value the property offers to the owner of the Nobscot Shopping Center it was likely he would be a bidder.  Why did the administration choose to bid this parcel at this time before the issue of the shopping center’s future was determined? (King)

13) Considering the cost of moving the chapel and the $50,000 purchase price, the city is selling the property substantially under its appraised value which is the mid $300 thousand range. Why is the City willing to accept such a low price? (King)

14) What are next steps in the Nobscot Chapel award and what assurances does the neighbors have that redevelopment of the plaza will be put forward by the owner? (Giombetti)

15) What guarantees do we now have that Mr. Rose will come forward with anything remotely suitable for the Plaza since he finally has what he has wanted all along? (Tully Stoll)

16) What is to stop Mr. Rose from building a CVS on the corner and leaving the rest of the plaza as is? (Steiner)

17) Why after Mr. Rose changed a plan that was close to approval by the neighbors and then pulled out from under them by Mr. Rose with a plan for four story buildings closely abutting a residential neighborhood did the City not cancel the RFP?  (Tully Stoll)

18) Is there a provision ensuring that the historic chapel will be sited on the former gas station property as was described in the RFP? What assurances do we have that there is no environmental contamination on this property? (Steiner)

19) Why has the City Council and the public been kept in the dark regarding the Nobscot Task Force?  (Tully Stoll)

20) Why when this decision was in the process of being made, did you not once hold office hours in Nobscot? (Tully Stoll)