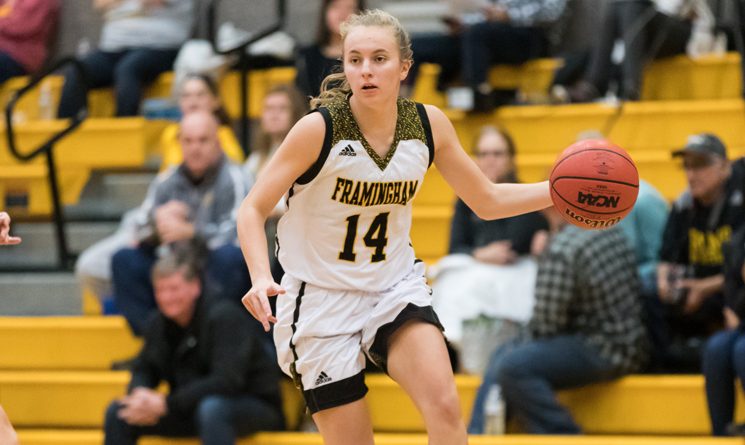 WORCESTER – Framingham State junior Mary Kate O’Day  (pictured) led all players with 26 points but the top seeded Worecester State Lancers were able to fend off the #4 seed Rams in the MASCAC Women’s Basketball Semifinal by a score of 81-64 Thursday evening in Worcester.

With the win the 20-6 Lancers move on to the Conference finals.

With the loss, Framingham State Rams are now 16-10.