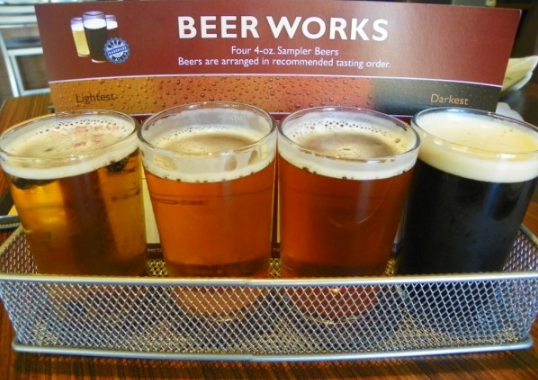 FRAMINGHAM – After serving alcohol to a minor, during a Framingham Police operation, Framingham Beer Works has agreed to a suspension of its all-alcohol license.

Last night, the Framingham License Commission voted unanimously to suspend the alcohol license for 5 days, with 3 days to be served now and two days to held for one-year.

If there are no violations of the license during the next year, the additional two day suspension will not officially be served.

Framingham Police Lt. Jorge Ruiz told the Commission last night, that the Police Department announced they were going to conduct a compliance check operation with alcohol establishments in the Framingham Source and the MetroWest Daily News in October.

On Monday, November 19, an 18-year-old student was served at Framingham Beer Works, as part of that operation. He was served a draft beer, according To Lt. Ruiz.

Three establishments came before the Commission last night. All three had their license suspended for at least one day. More hearings are scheduled for later this month and next month on other establishments.

The high school student, 18, under police supervision entered the
establishment without any forms of identification and attempted to
purchase an alcoholic beverage with money provided by the
Framingham Police, in each situation, explained Lt. Ruiz.

The last violation was in 2016, in which the restaurant lost its license for 2 days, for serving a minor.

The Attorney representing Framingham Beer Works said the “facts are not in dispute,” and they have agreed to the police recommended suspension of the license.

Lt. Ruiz said the employee was immediately suspended, and then terminated. He said Framingham Beer Works cooperated with the investigation.

License Commissioner Stuart Pologe said he was concerned that the establishment had two offenses in a relatively short amount of time.

“These violation (hearings) are one of the most important things we do as a board, and my instinct is to go to the higher end of the allowed disciplinary action,” said Pologe.

The recommendation from police was for a 5 day alcohol license suspension, with 3 days to be served within 30 days, including a Monday, and 2 days to be held for one year.

There was some discussion for the three days to be a Saturday-Sunday-Monday, as opposed to a Monday-Tuesday-Wednesday, but no action was taken on that. It was left to be determined between the police and the license holder.

After discussion, the Commission agreed to the police recommended suspension period, unanimously.

If the restaurant is to stay open during those 3 days served, all alcohol must be removed or covered.

The restaurant is also required to pay a $300 fee to the City for the alcohol license violation investigation.

The purpose of the underage compliance check operation is educational in
nature, said Lt. Ruiz.