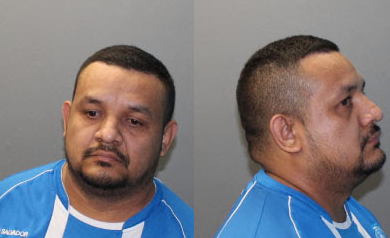 ASHLAND — Police Chief Craig Davis announced Ashland Police has arrested and charged an Uber driver after he allegedly offered one of his riders money in exchange for sex and then sexually assaulted her when she refused.


As a result of an Ashland Police Department investigation, Jose H. Arevalos-Avalos, 37, of Holliston was arrested and charged with indecent assault and battery on an individual age 14 or older (felony) and attempting to pay for sexual conduct.

On Friday, Feb. 8 at 3:29 p.m., Ashland Police were called to take a report of a sexual assault that had just occurred. The victim reported to police that she had ordered an Uber car to commute to work in Ashland. She was picked up by a gray Toyota Corolla driven by Arevalos-Avalos.

The Uber app showed that the victim had ordered a gray Toyota Corolla with a driver named “Jose.” The suspect also reportedly gave his phone number to the victim as she exited the car and asked her to call him.

The phone number and the license plate of the vehicle led police to Arevalos-Avalos, who was arrested at his apartment on North Mill Street in Holliston shortly before 11 p.m.

Uber cooperated with Ashland Police in the investigation.

The Holliston Police Department assisted in the investigation.

Chief Davis praised the victim for immediately coming forward to report her assault, leading to the arrest of this suspect.

Arevalos-Avalos  is being held at the Ashland Police Department pending his arraignment Monday in Framingham District Court.