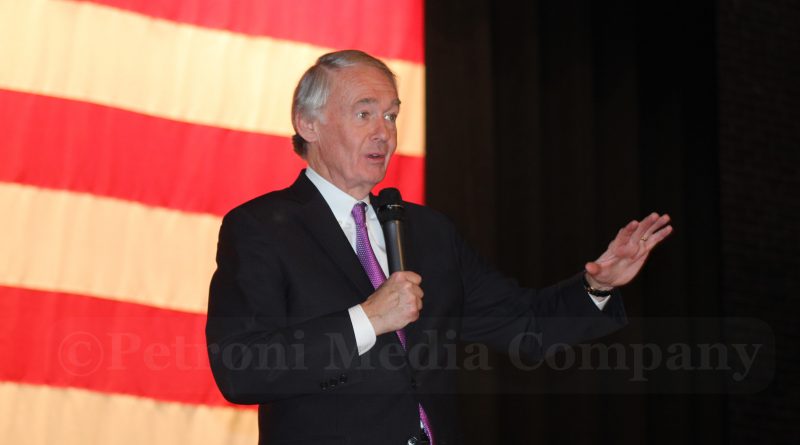 The following is a press release from Sen. Ed Markey’s office.

WASHINGTON DC – U.S. Sens. John Thune (R-S.D.), a member of the Senate Commerce Committee and chairman of the Subcommittee on Communications, Technology, Innovation, and the Internet, and Ed Markey (D-Mass.), also a member of the Commerce Committee and author of the Telephone Consumer Protection Act, this week reintroduced the Telephone Robocall Abuse Criminal Enforcement and Deterrence (TRACED) Act (S. 151).

Amidst ever-increasing numbers of robocall scams, the TRACED Act gives regulators more time to find scammers, increases civil forfeiture penalties for those who are caught, promotes call authentication and blocking adoption, and brings relevant federal agencies and state attorneys general together to address impediments to criminal prosecution of robocallers who intentionally flout laws.

“Robocall scams are more than just a nuisance to folks, they’re a shameful tactic to prey on the vulnerable,” said Thune. “The TRACED Act holds those people who participate in robocall scams and intentionally violate telemarketing laws accountable and does more to proactively protect consumers who are potential victims of these bad actors.”

“As Americans continue to suffer an endless stream of harassing spoofed calls and robocalls, the bipartisan TRACED Act will provide every person with a phone much needed relief,” said Markey. “To address the scourge of calls, we need a simple formula: call authentication, blocking, and enforcement, and this legislation achieves all three. I thank Chairman Thune for his continued partnership on this effort, and look forward to seeing this legislation through to its passage.”


Summary of the TRACED Act:

In 2018, when Thune served as chairman of the Commerce Committee, the committee heard testimony under subpoena from Adrian Abramovich, the president of a now defunct company called Marketing Strategy Leaders. Abramovich, who has since been assessed a $120 million fine by the FCC for making nearly 100 million robocalls between 2015 and 2016, described a telemarketing operation as rather easy to put together and nimble, thus making enforcement difficult. His identification by the FCC and assessment of civil penalties raised questions for the committee about the lack of criminal prosecution for offenders caught intentionally and repeatedly violating telemarketing laws.

As one report estimated, the number of spam calls will grow from 30 percent of all phone calls last year to 42 percent of all calls early this year. The TRACED Act would give the FCC more flexibility to enforce rules in the short term, while setting in motion consultations to increase prosecutions of violations, which often require international cooperation.