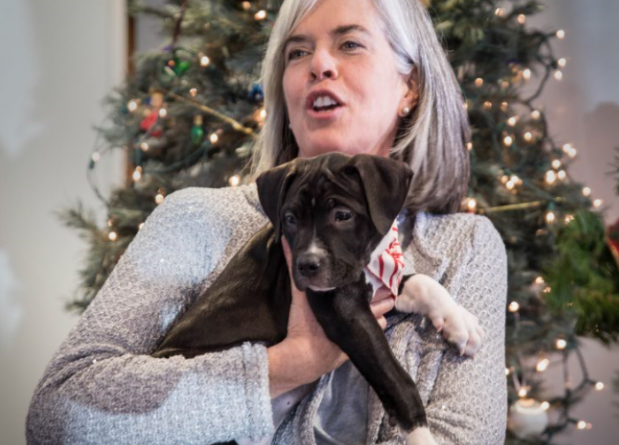 WALTHAM – Today, December 18, Democratic Caucus Vice Chair Congresswoman Katherine Clark (MA-5) joined together with animal and domestic violence survivors and advocates to celebrate the passage of the Pets and Women Safety (PAWS) Act, which President Trump will sign into law on Thursday, December 20, 2018.

Originally introduced in 2014, the bill was able to secure passage as part of the federal Farm bill and is heralded by bipartisan lawmakers and advocates as a central solution in the fight to curb domestic violence. The bill had 250 cosponsors, 62 of which were members of the Republican Caucus.

“No one should have to make the choice between finding safety and staying in a violent situation to protect their pet,” said Congresswoman Clark. “For most pet owners, including me, their dog or cat is a part of their family and this law empowers survivors with the resources to leave a dangerous situation while being able to continue to care for their family. I’m grateful for the partnerships we’ve formed between organizations working to end both domestic violence and animal abuse. Together, we crafted a bill that will help save lives.”

Nearly one-third of domestic violence victims reported delaying their decision to leave out of concern for what would happen to their pets.

Currently, only 3 percent of domestic violence shelters nationwide can accommodate pets. Victims who are forced to leave their pets behind because of a lack of pet sheltering options report an ongoing dread for the safety of their pet. Abusers often continue to use a pet left behind as a coercive tool even after the victim has fled.

According to one study, as many as 25 percent of participants reported returning to an abusive relationship out of concern for their pets.

“The inclusion of the PAWS Act in the Farm Bill will help victims of domestic violence and their pets escape abusive environments and seek the shelter and safety they need,” said Richard Patch, Vice President of Federal Affairs for the ASPCA. “We are grateful to Representative Clark for her steadfast leadership on this issue and we applaud Congress for including this groundbreaking provision in the Farm Bill.”