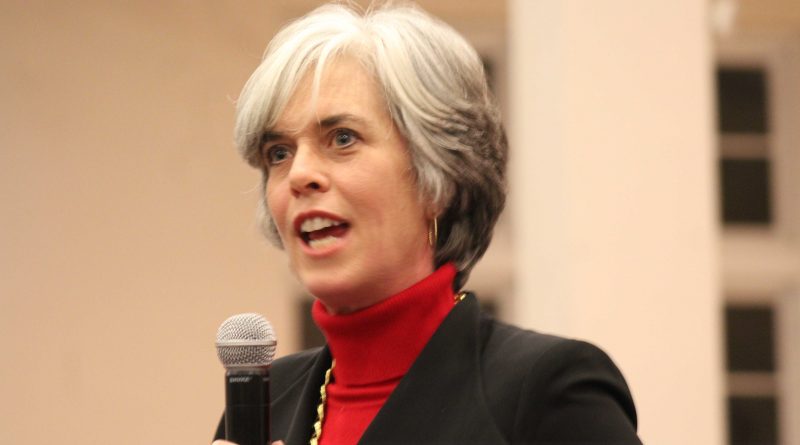 “Documenting and reporting human rights violations is a major part of eradicating their existence,” said Congresswoman Katherine Clark. “This bill would ensure that our State Department maintains its vital role as an international watchdog and protector of women’s rights no matter the ideology of our White House.”

“The U.S. cannot turn its back on the countless women around the world who are deprived of basic reproductive rights,” said Congresswoman Nita Lowey, Ranking Member on the House Appropriations Committee and its Subcommittee on State and Foreign Operations. “I’m proud to support legislation that would restore reproductive rights to the State Department’s annual human rights report, maintaining U.S. leadership on behalf of the world’s women across administrations.”

“The Trump Administration’s censorship of key elements of the State Department’s annual human rights report is outrageous,” said Ranking Member Eliot L. Engel. The deletion of reproductive rights was a clear step back from the United States’ obligation to address the full range of human rights violations around the globe. This bill will ensure Congress has a clear and complete picture of the challenges women and girls face. Without this information, we cannot hope to overcome those challenges.”

“Regardless of who sits in the Oval Office, the US government should serve as an advocate for women’s fundamental reproductive rights. Protecting and advancing women’s rights should remain front and center in our diplomacy, including documenting and reporting on violations against their human rights,” said Congresswoman Barbara Lee. “If Secretary Pompeo won’t stand up for women around the world, then Congress must. I am proud to support the Reproductive Rights are Human Rights Act, on behalf of women and girls across the globe.”

“Women’s rights are human rights,” said Rep. Lois Frankel. “There is no greater right for women than to be in charge of their own bodies.”

As required by the Foreign Assistance Act of 1961 and the Trade Act of 1974, the Secretary of State reports annually to Congress on the status of human rights in each country receiving U.S. foreign aid, as well as in each United Nations member state. Since 2011, these reports have included detailed information on deprivation of women’s access to reproductive rights. Congress and the private sector rely upon them when considering appropriations requests and making advocacy, planning, and policy decisions.

Removing women’s right from the annual report in 2017 was a dramatic and dangerous shift in U.S. efforts to protect the international rights of women and sent a message to abusive governments that the U.S. would no longer hold them account for violations. In October, Congressmembers Clark, Lowey, Lee, Engel, Frankel and 124 of their colleagues sent a letter to Secretary Pompeo calling on him to reverse this policy.

“I applaud Representatives Katherine Clark, Eliot Engel, Nita Lowey, Barbara Lee, and Lois Frankel for introducing the Reproductive Rights Are Human Rights Act of 2018 today. This bill will ensure that the U.S. State Department includes comprehensive reporting on reproductive rights in its annual Country Reports on Human Rights Practices. Access to reproductive healthcare has been recognized as a protected human right impacting women’s right to life, health, equality, non-discrimination and freedom from cruel, inhumane and degrading treatment and governments do not get to pick and choose whose rights will be respected,” said Nancy Northup, President and CEO of the Center for Reproductive Rights. “When women’s rights are limited and they are unable to access basic health care like contraception, safe abortion, and maternal health care, their ability to achieve economic, social, and political empowerment is fundamentally hindered.  By requiring annual reporting on these critical issues, the House of Representatives is ensuring that the rights of women and girls will no longer be political spoils that can be erased from global discourse.”

“This erasure puts real lives in danger,” said NARAL Pro-Choice America President Ilyse Hogue. “Using backdoor tactics to erase all mention of reproductive rights—including abortion, contraception, and maternal mortality—from vital reports and resources in order to push an extreme, ideological agenda is a true testament to just how dangerous and corrupt this administration is. The Trump administration will stop at nothing to systematically dismantle and deny the fundamental freedoms of women in the U.S. and abroad, and this bill is an important step in fighting back against their attempts to deny that reproductive rights are a human right.”

Human Rights Day is observed every year on December 10th in recognition of the anniversary of the United Nations General Assembly adopting the Universal Declaration of Human Rights in 1948.

This year marks the 70th anniversary of the Universal Declaration of Human Rights, a milestone document that proclaimed the inalienable rights of every human being, regardless of race, color, religion, sex, language, political or other opinion, national or social origin, property, birth or other status.

Forty-five organizations have endorsed the Reproductive Rights are Human Rights Act including: