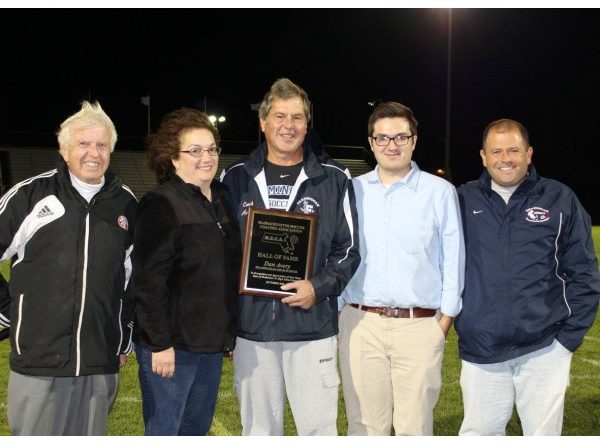 His retirement is effective immediately.

“Coach Avery has been involved with Framingham Baseball in some capacity since 1978 and during that time he created a great tradition of baseball in Framingham,” said Spear.

He has been the head baseball coach since 1984. He has more than 375 victories.

Coach Avery is a 2018 inductee to the MA Baseball Coaches Hall of Fame.

“Dan Avery absolutely loves the game of baseball. I know this was not an easy decision for him because of his love for the game and how much he liked the players. Danny was always very fair with his players but was also a very competitive person. He always wanted to play the best teams and beat the best teams,” said Jason Smith. “Last year’s 2018 schedule is a perfect example playing teams like Franklin who was the super 8 Champion, Walpole twice, Needham twice who was the 2018 Division 1 Champions, Brookline twice and Braintree. All those teams were top 25 teams in Massachusetts. I know Danny will miss coaching baseball but after 34 years all I can do is tip my cap and say thank you to him for his years of dedication to the program.”

“I’ve known Dan Avery for most of my life. He dedicated a significant part of his life to youth sports in various ways, most notably, coaching high school soccer and baseball. When you take on the role of a coach you certainly open yourself up to criticism and know that you will never be able to make everyone happy. It comes with the territory. It was not obvious to most but Dan really struggled with the most difficult part of the job, making cuts,” said Mike Phipps. “During tryouts Dan said to me, more than once, how much he hated cutting players. I could see and feel his sincerity. He truly cared about the players in his private way. I want to thank him for all he has done over all of these years. You are a good man Dan Avery.”

In October 2015, Avery was inducted into the Massachusetts Soccer Coaches Hall of Fame. He has been the soccer coach for 35 seasons, winning one state championship and qualifying for post season tournament 28 times.

During his time as Framingham High Coach, Avery also served as the American Legion Baseball Coach for 12 seasons.

“Avery has coached some great baseball players during his time in Framingham and has played a defining role in the lives of many, many players,” said Spear. “Please join us in thanking Coach Dan Avery for his service to the baseball players of Framingham. We wish him well as he starts a new chapter traveling with his wife Karen to the Grand Canyon this spring, we wish you well Coach in your new adventures.”

Avery retired as Activities Supervisor for the City of Framingham Parks & Recreation in January 2018.