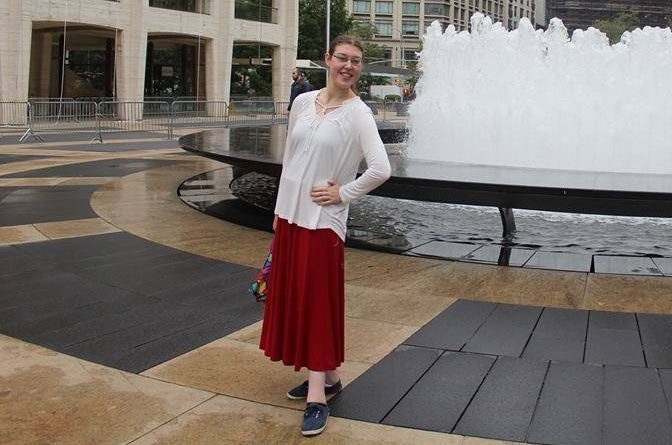 Petroni plans to study international relations, with an emphasis on energy, environmental, and natural resources policy in college.

More than 150 students took the exam in October. The 10 students with the highest scores on the exam were named finalists.

On November 6, the 10 finalists were interviewed and wrote an essay at the Massachsuetts Department of Elementary and Secondary Education in Malden.

Two delegates will be selected from the 10 finalists to represent Massachusetts in the U.S. Senate youth program in December.

Two $10,000 college scholarships will be awarded to the 2 delegates. Each delegate will receive their scholarship during an all-expenses paid trip to Washington, D.C. March 2-9, 2019, where they will meet with the Massachusetts Senate delegation and other government leaders.

The U.S. Senate Youth Scholarship Program is a nationwide college scholarship program, designed to promote student leaders’ awareness, participation and interest in government. Administered by the individual states, it is funded by the Hearst Foundation.

The US Senate Youth Scholarship Program in Massachusetts uses a qualifying exam as the initial step for the scholarship.

The Program is open to students currently enrolled as a high school junior or senior in a Massachusetts public, charter or private school; irrespective of nationality, race, color, creed, first language, sex, sexual orientation or financial need. Students are eligible for the program provided they have not previously been a delegate and are currently serving in an elected or appointed position in student government or a civic or educational organization where they are representing the entire student body. Eligible students must register to take the qualifying exam.

The U.S. Senate Youth Scholarship Program was created in 1962.

The “impetus was to create a program for high school students that would ‘increase young Americans’ understanding of the interrelationships of the three branches of government, the caliber and responsibilities of federally elected and appointed officials, and the vital importance of democratic decision making not only for America but for people around the world.'”

The Hearst Foundations, under the leadership of William Randolph Hearst’s sons George R. Hearst and Randolph A. Hearst pledged to support the funding and administration of the program as long as the Senate would sponsor it. The Senate passed Senate Resolution 324 on May 17, 1962 and has continued its sponsorship of the program by unanimous action each year through the Senate Rules Committee.

Petroni, who attended McCarthy Elementary and the Christa McAuliffe Charter School, is the daughter of Susan and Richard Petroni.