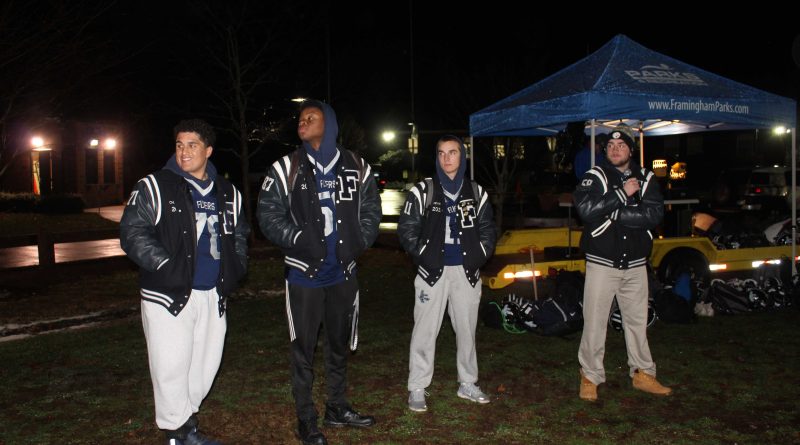 FRAMINGHAM – Framingham held its traditional bonfire tonight in anticipation of the 113th meeting of Framingham Vs Natick football.

The Framingham High captains were introduced and captain Alex Smith talked about the excitement of playing this year’s game in Boston at historic Fenway Park.

The football rivalry is older than the Park itself.

The traditional Natick vs Framingham game was first played in 1904 with Framingham shutting out Natick 34-0, but lately the wins have all been Natick, including last year. Natick leads the rivalry 75-32-5.

But all bets are off with no team with a home field advantage this year.

Kickoff is at 7:30 p.m.. on Wednesday, Nov 21 at Fenway Park. Tickets are still available at $20. Seating is general admission.

Framingham High is 5-5 this year, under new head coach Ed Mantie. This is a significant improve over a team that was winless a few years back, and had just one win when this year’s seniors were sophomores.