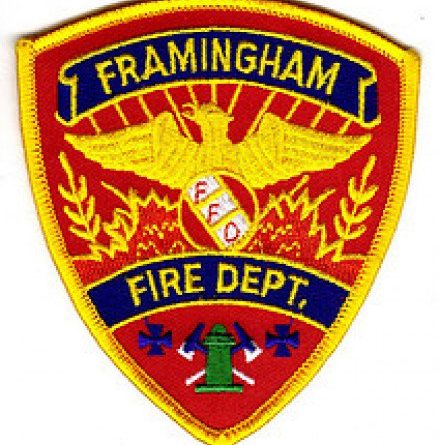 Richard was the loving husband to the late Anne G. (Flaherty) Knight.

Born and raised in Framingham, he was the son of the late George T. and Frances S. (Griffin) Knight, and older brother to the late James P. Knight.

He was a standout athlete in baseball and football at St. Mary’s High School (Milford).

Serving our nation’s naval campaign in the Pacific Theater during World War II, he rose to the rank of Petty Officer First Class.

Richard’s dedicated career as a member of the Framingham Fire Dept. spanned 38 years, and he retired as Deputy Chief. He continued his life of service as a member of both the Knights of Columbus and the Veterans of Foreign Wars in Ashland.

Richard’s interests included carpentry, gardening, reading historical biographies, and spending time with his children and grandchildren whom he cherished.  He had a love for all New England sports teams, especially the Red Sox.

He is also survived by his grandchildren, Matthew Knight and his wife, Marlana Moore, of Philadelphia, PA, Courtney Knight of Nashua, NH, Second Lieutenant Sean Cairney of Fort Sill, OK, Hannah Cairney of Milford, as well as several nieces and nephews.

Relatives and friends are invited to attend to a time of visitation on Saturday, October 13, 2018 from 8to 9:39 a.m. at the Norton Funeral Home, 53 Beech Street. (corner of Union Ave.), Framingham followed by a funeral Mass at 10 AM in St. George Church, 75 School St., Framingham.

Expressions of sympathy in his memory may be made to the American Heart Association, 300 5th Ave. Suite 6, Waltham, MA 02451.