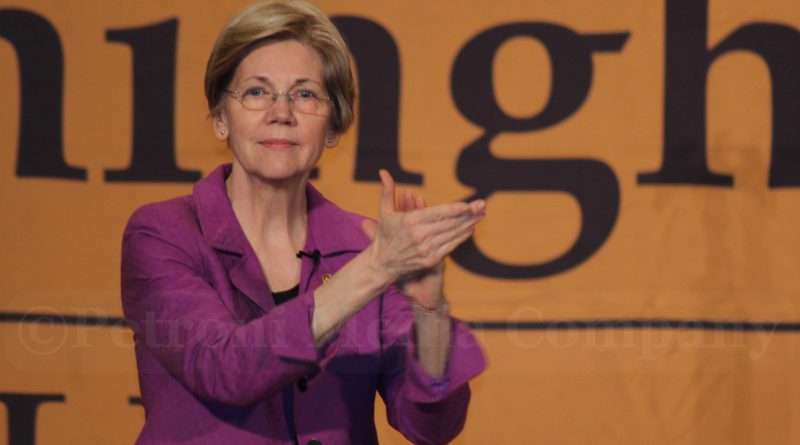 The following is a press release from Sen. Elizabeth Warren. One of two senators elected to represent Massachusetts in Washington DC.

This legislation would help address the suicide crisis in Indian Country by ensuring collaboration among states and tribal communities to design and implement statewide suicide intervention and prevention strategies that work for their communities.

“Any conversation on suicide prevention must begin at the grassroots, and tribal communities must be involved in every step of the process,” said Senator Warren. “With suicide rates reaching crisis levels in Indian Country, it is now more important than ever to take action. I’m glad to partner with my colleagues on a bipartisan bill to empower Native communities to develop and implement suicide prevention programs that best suit their communities and help save more lives.”

“Year after year Alaska tops the charts with having some of the highest suicide rates in the country. It’s far too prevalent in our Native communities. We also know that one suicide is too many,” said Senator Murkowski. “I am proud to introduce the Native American Suicide Prevention Act with my colleague Senator Warren, to ensure Native communities have a seat at the table in developing and implementing statewide suicide intervention and prevention strategies. Together, we can give Alaskans the support they need and ultimately, hope. ”

“Growing and disproportionate suicide rates in Native American communities should be a call to action for a federal government that has long ignored the needs of this community,” said Representative Grijalva. “By empowering Indian Country to become involved with statewide suicide interventions, we will be able to implement the culturally competent solutions that will ultimately save lives. With this legislation, we can better ensure that no family in Indian Country will have to endure the trauma of losing a loved one to suicide.”

Native American reservations are experiencing an epidemic of suicide that is claiming the lives of countless young people.  Suicide is the second leading cause of death for Native people ages 10-34. For American Indians and Alaska Natives ages 15-34, the suicide rate is 1.5 times higher than the national average.  In some tribal communities, the youth suicide rate is 10 times greater than the national average.  Despite the devastating scope of this crisis and the clear need for Native communities’ involvement in the development of suicide prevention strategies, tribes and tribal organizations are too often left out of planning and execution of statewide suicide prevention programs.

The Native American Suicide Prevention Act would help address this epidemic by amending the Public Health Service Act to require states or state-designated entities to collaborate with tribes in an effort to curtail the alarming suicide rate in Native communities.  Specifically, the bill would mandate that state governments collaborate with each federally recognized Indian tribe, tribal organization, urban Indian organization, and Native Hawaiian health care system in the state in developing and implementing statewide suicide early intervention and prevention strategies.

“New Mexico and all of Indian Country have lost far too many people in Native communities to suicide – and it is past time that we confront this crisis,” said Senator Udall, Vice Chairman of the Senate Committee on Indian Affairs. “This legislation is an important step in empowering Tribal organizations to help states develop effective, culturally competent strategies to decrease the risk of suicide in Native communities. Through collaboration and partnership, we can implement intervention and prevention programs that are sensitive to the unique needs of Indian Country. As the vice chairman of the Senate Committee on Indian Affairs, I’m committed to working to strengthen our national response to suicide and connect Native people to the resources they need to choose life.”

“On reservations in North Dakota and across the country, we have seen a disturbing trend of tribal citizens- particularly Native youth- experiencing serious mental health struggles caused in part by factors like poverty, domestic abuse, and fewer educational opportunities. And far too often, these generational issues lead to a disproportionate number of deaths by suicide,” said Senator Heitkamp, Member of the Senate Committee on Indian Affairs. “By requiring states to actively collaborate with tribes on this urgent issue, our bipartisan bill would give tribes a much-needed seat at the table as cutting-edge, evidence-based early intervention and prevention strategies are developed. I’ve long advocated for addressing the traumatic stress Native American children experience, and this legislation would also encourage culturally-appropriate practices to enable Native youth to get the support they need and encourage effective suicide prevention so they remain strong and safe.”

“The U.S. federal government has a sacred trust responsibility to uphold its treaty obligations and provide for the well-being of our native peoples, including American Indians, Alaska Natives, and Native Hawaiians. There is an epidemic of suicide in Native communities, and we need to do more to address it. I’ve co-sponsored this bill because it will help us uphold the trust relationship and help bring an end to this devastating crisis,” said Senator Cortez Masto, Member of the Senate Committee on Indian Affairs.

“The suicide crisis among native communities is costing far too many lives, and we need to act,” said Senator Merkley. “Working in partnership with tribes to stem this crisis is not just the right thing to do, it’s key to forming an effective strategy to end this epidemic.”

“Suicide is one of the leading causes of death for Native Americans, yet far too often Tribes have been denied a seat at the table in the allocation of funding and design of critical suicide prevention programming,” said Senator Blumenthal. “This Act will right that wrong, directing states to include Tribes in the development of state strategies for preventing suicides.”

“We must do more to address the growing number of suicides in Indian Country,” said Senator Tester, Member of the Senate Committee on Indian Affairs. “This bipartisan bill will allow tribes to take the lead so they can develop culturally relevant strategies that work best for tribal communities, families, and youth.  It is time that we confront this epidemic head on.”

“Suicide disproportionately hurts Native communities, and tribes should be able to share input about how we can best work together to develop intervention and prevention strategies for their families,” said Senator Smith, Member of the Senate Committee on Indian Affairs. “This bipartisan legislation will ensure this coordination happens, so we can take an effective and culturally appropriate approach to getting people the help they need.”