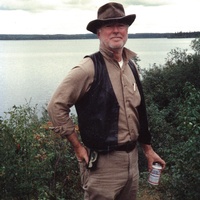 Framingham – Richard “Dick” Smith, Sr.  90 years of age of Framingham passed away peacefully on the evening of August 28, 2018.

A Funeral Mass in celebration of Dick’s life will be held at Our Lady of Fatima Church, 160 Concord Road in Sudbury on Saturday, September 8 at noon.

Burial will be private at a future date.

In keeping with his wishes, there will be no funeral home visiting hours.

He is survived by his three sons Rick, Mark and Jeff and their respective wives Annette, Daphne and Laura.

He is also survived by his grandchildren, Sean, Joel, Connor, Eric, Michael, Dominique, and Katherine. Dick was predeceased by his long-time companion Lorette Theriault, his parents Frank and Ethel; and his siblings Dot Gelpi, Barbara Hearn, Frank Jr. and Robert.

Dick grew up in West Roxbury and raised his family in Framingham. He was an Army veteran of World War II, graduate of Northeastern University with a degree in Civil Engineering and established his business R.D. Smith, Inc. as a general contractor, in Framingham.

In lieu of flowers, donations in his name may be made to the National Rifle Association