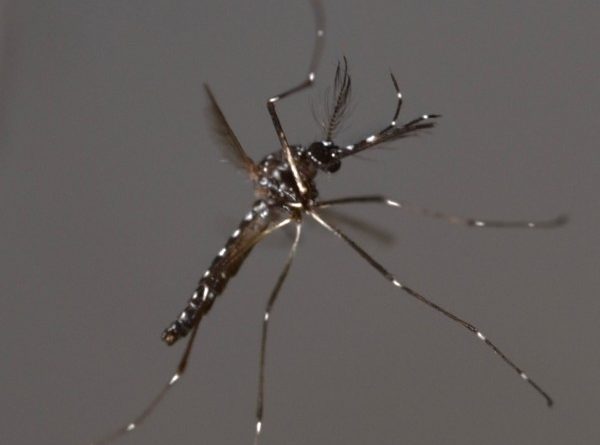 Source contacted the City’s health department which confirmed mosquitoes in traps were found to have the virus. It is unknown at this time, where those traps were in the City.

At 6:21 p.m., Thursday, Mayor Yvonne Spicer sent an email to the City Council she wrote: “As you may be aware, Framingham Health Department has been notified of mosquitoes testing positive with West Nile Virus in Framingham. Though this is a concern, it is not unexpected during this time of year. Below is information provided by our Health Nurse Kitty Mahoney in regard to actions the public can take to protect themselves from unnecessary exposure. This information is currently on the Framingham Health Department website at https://www.framinghamma.gov/290/Public-Health. Please use this information to share with any of your constituents that may be concerned.”

According to the state mosquitoes with West Nile Virus were detected in five different traps within the City’s borders. It is unknown, at this time, where those traps are located.

The state announced on Friday, the three confirmed human cases of West Nile Virus in Massachusetts.

The Town of Ashland also had mosquitoes with West Nile Virus detected and was notified by the state on Thursday. The Town notified the media on Thursday, and Source posted an alert. Later the Town announced spraying on August 27.

The information below was issued by the Town of Ashland.

West Nile Virus is most commonly transmitted to humans by the bite of an infected mosquito. The mosquitoes that carry this virus are common throughout the state, and are found in urban as well as more rural areas.

While West Nile can infect people of all ages, people over the age of 50 are at higher risk for severe infection.

By taking a few, common-sense precautions, people can help to protect themselves and their loved ones:

Issued from the Framingham Board of Health and the Massachusetts State Department of Health:

What is West Nile Virus (WNV)?
West Nile virus (WNV) is a mosquito-carried virus that can cause illness ranging from a mild fever to more serious disease like encephalitis or meningitis. It was first identified in the United States in 1999.

How is WNV spread?
WNV is most commonly spread to people through the bite of an infected mosquito. More information about
different types of mosquitoes that can spread WNV can be found on the MDPH website at
www.mass.gov/dph/mosquito.
WNV may also be spread through blood transfusion or organ transplant. In addition, there are rare reports of
WNV being passed from pregnant or breastfeeding women, who are infected with WNV, to their babies. Since
these reports are rare, the health effects on an unborn or breastfeeding baby are unclear and still being studied.
People do not become infected by having direct contact with other infected people, birds or animals.

What are the symptoms of WNV?
The majority of people who are infected with WNV (approximately 80%) will have no symptoms.
A smaller number of people who become infected (~ 20%) will have symptoms such as fever, headache, body
aches, nausea, vomiting, and sometimes swollen lymph glands. They may also develop a skin rash on the chest,
stomach and back.
Less than 1% of people infected with WNV will develop severe illness, including encephalitis or meningitis.
The symptoms of severe illness can include high fever, headache, neck stiffness, stupor, disorientation, coma,
tremors, convulsions, muscle weakness, vision loss, numbness and paralysis. Persons older than 50 years of age
have a higher risk of developing severe illness.

How common is WNV in Massachusetts?
Because most people who are exposed to WNV have no symptoms, it is difficult to know exactly how many people have been infected.

People who develop severe illness with WNV are most often reported.

Between 2008 and 2017, 81 people were reported with WNV infection in Massachusetts. Four of these people died. Cases have been identified from around the state.

Updated at 7 p.m. Thursday. Updated again at 7;30 a.m. Friday before the Source newsletter was published.