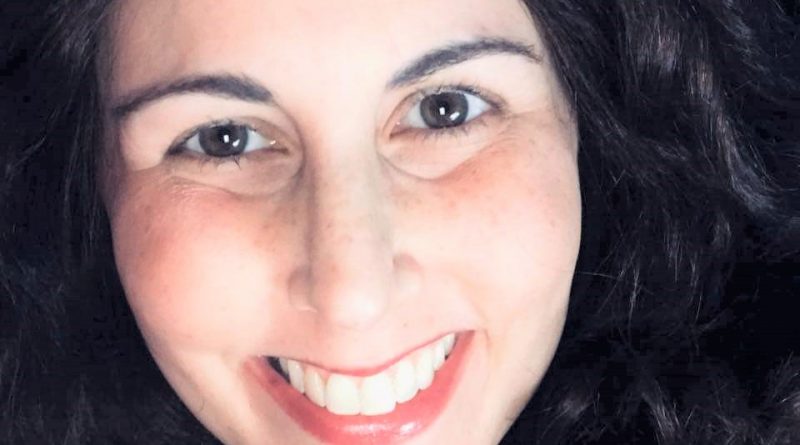 FRAMINGHAM – Stephanie Chernak Maurer passed away on Wednesday, August 22, two and a half years after being diagnosed with stage 4 metastatic breast cancer, a horrible disease that needs far more research funding. But while cancer may have taken Stephanie’s physical self, her spiritual presence will forever be felt and known to those who loved her, which is a veritable army of friends and family from her hometown of Framingham, all across Massachusetts, Texas, Arizona, New York, New Jersey and California, many of whom came and visited her in the days leading up to her far too soon death at the age of 47.

Nobody had as many friends as Stephanie. She was quite literally the most likable person who ever walked the earth. There was not a judgmental bone in her body. She liked people for exactly who and what they were. She was supportive and loving and accepting in a way to which we should all aspire. If you were out for dinner and could not decide between ordering the mac and cheese and grilled cheese, Stephanie’s legendary advice would be: “Get both.”

After graduating from Framingham North High School (1989), Stephanie attended Roger Williams University (1989-1992), and then Emerson College, where she graduated in 1995.

Steph (as she was called) moved to Los Angeles and began a career in post-production and scheduling that would span the next 20-plus years. She most recently worked at Technicolor both in Los Angeles and New York, before moving home to Framingham, where she said she never felt more settled.

Married for eleven years to Jamie Maurer, the pair adopted their son, Julian, six years ago. Julian was the great love and joy of her life.

Together with Jamie, Stephanie was absolutely wild about her funny, mischievous, curious, tow-headed little boy. For Julian’s sixth birthday this past June, she and Jamie, along with some friends, went to see Imagine Dragons, Julian’s favorite band. Stephanie was passionate about music and, like her love for people, her appreciation for music was unbridled and not confined to any one specific genre. She loved all music, from rock to hip hop to jazz and R&B. Favorite bands and musical acts included Steely Dan, Phish, Sharon Jones, Talib Kwali, Maceo Parker, Van Morrison, the Roots, James Taylor and the Beatles, especially “In My Life,” “Hey, Jude” and “Beautiful Boy,” a song that came to personify Julian, whom she often called her “heart.” But Stephanie also knew all the words to Little River Band’s “Lady,” and she was not above listening to the “Bee Gees Greatest Hits” whilst on a road trip to the California desert.

Stephanie was a lifelong member of Hadassah. She loved photography, fashion, books and clothes. She loved a good tuna sandwich and an icy, frothy fountain Coke. S.E. Hinton’s “The Outsiders” is one of Steph’s favorite all-time novels. She loved concert posters, “Will & Grace” and the beautiful city of Boston, her home. She loved the beach in winter. She
loved entertaining people, from her family home on Upland Road in Framingham, and her apartment, condo and house in California to her current house, Stephanie’s home was the place to which people gravitated.

There was no better time to be had than sitting on Stephanie’s couch whilst channel surfing or listening to music. Doing nothing with Stephanie was the most fun a person in this world could possibly have.

Stephanie was loved and adored by everybody with whom she came in touch.

Stephanie’s mother, Roberta, was one of her heroes, an amazing woman with many talents, a beautiful smile and a true role model whose life was also cut short by metastatic breast cancer.

Aside from Jamie and Julian, Stephanie is survived by her father, Allan, and stepmother, Liz; her younger sisters, Leslie and Gabriella; her younger brother Jarod; her cousin Jennifer and her husband, Scott, and their two children Emma and Madelyn; and her cousin Frank and his fiance Stephanie.

Funeral services will be at Levine Chapels, 470 Harvard Street, in Brookline on Monday, August 27 at 11 a.m. to be followed by interment at Beit Olam East Cemetery in Wayland.

A celebration of Stephanie’s life will be held at the home of Paul and Jill Jeter on Monday from 3 to 8 p.m.

Please take note: Stephanie hated the word “moist.” She also did not like Edible Arrangements or deli platters (so please do not bring or send either).

In lieu of flowers, please consider making a donation in Stephanie’s name to Metavivor, a crucially important organization that focuses on raising awareness, spearheading research and supporting those with metastatic breast cancer: www.Metavivor.org/research

Stay gold, Stephanie. We will love you and miss you and remember you always. You made the world a magical place.