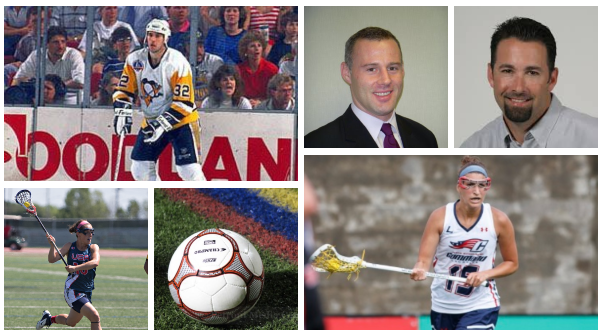 FRAMINGHAM – Six outstanding athletes will be inducted into the inaugural Flyers Hall of Fall this fall.

The inductees include a Stanley Cup champion, an athlete who played at Fenway Park, two star lacrosse players, a Boston College hall of fame hockey player, and an amazing coach who has a Cup named after him.

The Flyers Hall of Fame committee requested nominations for the Hall of Fame earlier this year, with a deadline of June 1.

Scores of male and female athletes and coaches were nominated. To be considered, an individual/team must be at least 5 years out of school. Coaches were eligible immediately upon retirement.

The 9-member Hall of Fame Committee voted on their top choices and selected seven athletes.

Melanie Baskind, a Framingham High soccer and lacrosse star, who later was named the 2012 NCAA women’s lacrosse Division 1 National Scholar-Athlete of the Year at Harvard University, was unable to attend the 2018 induction ceremony, and will go into the Hall of Fame with the 2019 class.

Inducted in the first year will be:

The induction ceremony is scheduled for October 19 at the Sheraton in Framingham.

Tickets, for what is expected to be a sold out event, will go on sale in September.

Proceeds from the first-ever Flyers Hall of Fame ceremony, and subsequent induction ceremonies, will benefit the Framingham High athletics department.

Editor’s Note: In full transparency, I am a member of the Committee.