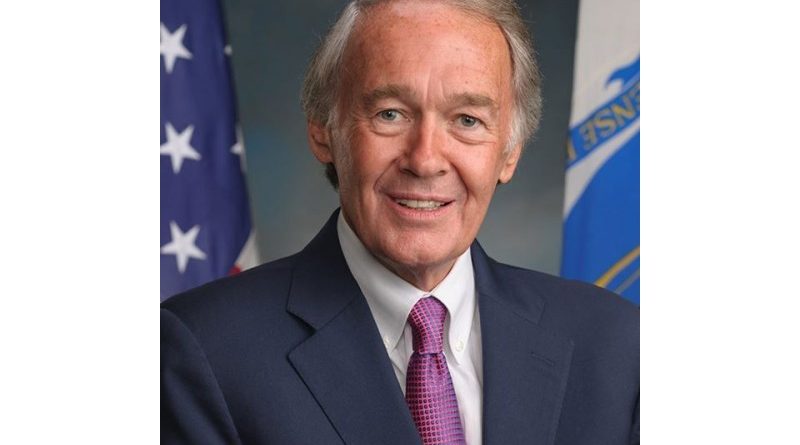 This research would investigate the impact of exposure to and use of media such as mobile devices, computers, social media, applications, websites, television, motion pictures, artificial intelligence, video games, and virtual and augmented reality.

Research indicates that children’s use of technology has increased dramatically in recent years. A 2017 report finds that children eight years old and younger spend 48 minutes a day on mobile devices, up from 15 minutes in 2013.

Similarly, 42 percent of kids eight years old and younger have their own tablets, a major increase from seven percent 2013 and a mere one percent in 2011.

“While technology educates and entertains our children every day, we need a better understanding of how it impacts their social, psychological, and physical well-being,” said Senator Markey. “This bill will enable experts to conduct critical research that will inform parents and policymakers about how best to protect American children’s bodies and minds from issues such as tech addiction, bullying, and depression in the digital age.”

“This is an exciting time for neuroscience,” said Senator Sasse. “What we thought we understood last year is getting upended this year. At the same time, we’re discovering more and more about neuroplasticity, our digital habits are changing dramatically. Our kids are immersed in technology that didn’t exist five years ago and probably won’t exist in another decade. Some of that is good and some of that is bad – what’s certain is that we know less than we ought to. Science fiction is fast becoming reality and we need to invest in this important research now.”

“Children are increasingly using digital devices in their everyday lives, but little is known about the impact technology has on their health and development,” said Senator Blunt. “Advancing research to better understand the impact of technology will help parents create a healthy environment for their children to learn and grow.”

“As technology continues to makes it easier for our kids to watch videos or play games on every kind of device, we need to know its long-term effects on their health,” said Senator Schatz. “Whether we are addicted to technological devices and platforms is still an open question. This bill will help Congress understand the science behind tech addiction and give us the tools to make effective policy.”

“We owe it to our kids to figure out how devices and apps affect their health and well-being,” said Senator Bennet. “Congress has a vital role to play on matters of public health, but we must act based on sound evidence. Our bill will enable that research to help guide the tech industry and Congress as we work to do right by our kids.”

“In an era of rapid technological change, we should periodically examine the impact these technologies have on our society – especially our children,” said Rep. Delaney. “This bipartisan legislation will require and fund independent scientific research into the impact various forms of media and devices are having on our children’s mental and physical development, learning capabilities, emotional states, and their general health. With our phones and tablets such an integral part of our lives, we need definitive answers sooner than later, and I thank Senator Markey, Rep. Budd and the rest of our bipartisan partners for teaming up on this important measure.”

“We’ve seen in recent years how much of our daily lives are consumed by technology,” said Rep. Budd. “You can’t even walk outside these days without seeing someone looking down at their phone. This is worrisome, from a societal perspective, because it’s part of a larger social crisis in our country. We’re becoming more connected, yet more isolated from one another. By researching the developmental effects of media, it will give us more insight on how things such as social media, video games, and TV are impacting our kids. I’m glad to help lead in this bipartisan effort and hope we can continue working together to address this important issue.”

“Parents urgently need independent scientific research into the impacts on our kids of growing up online,” said James P. Steyer, CEO & Founder of Common Sense Media. “Digital devices are constant companions in this digital age, but we don’t understand the impact on child development, education, or overall well-being. Without good research, we are performing an unprecedented experiment on our kids. The CAMRA Act is our chance to support quality research into the digital health of America’s kids and families.  The well-being of children is non-partisan, and we commend Senator Markey, Sasse, Blunt, Schatz, Collins, and Bennet for their bipartisan leadership on this issue impacting all American families.”

“Internet companies care deeply about the safety and well-being of their users and welcome scientific research on this important issue funded through the CAMRA Act,” said Melika Carroll, Senior Vice President of Global Government Affairs at the Internet Association. “Existing research lacks the rigor, quality, and independence of an NIH study into this important topic. IA members invest in programs, partnerships, policies, controls, and resources to promote a safe and positive online experience for people of all ages, and look forward to identifying more ways to enhance people’s well-being on and offline.”

“The media we use and how we use them affect the physical, mental, and social health of us all – and have the strongest and most lasting effects on children, whose brains and bodies are still developing,” said Dr. Michael Rich, Director of the Center on Media and Child Health at Boston Children’s Hospital. “I urge Congress to pass the CAMRA Act because it is essential that we have 21st Century scientific research to determine how we can promote health and mitigate harm from this ubiquitous and powerful 21st Century public health issue.”

Above is a press release from Sen. Markey’s office, which was published as received.