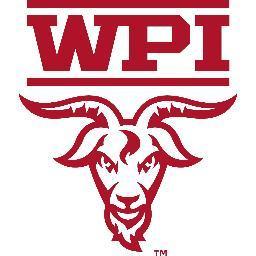 Among the graduates, were four Natick residents.

This year’s graduate address was given by Marcia McNutt, president of the National Academy of Sciences (NAS) and the first woman to serve in this role.

In her address, McNutt told the WPI graduates that, in her experience, people who will achieve the greatest successes are those who are able to “listen to the variety of viewpoints, learn from them, and build shared purpose. “In a fractured world,” she concluded, “I’m counting on your teamwork to carry us through.”

During the ceremony, McNutt and Glenn Yee ’74, trustee emeritus and founder of Pacific Can Company, received honorary degrees.

In her remarks, WPI President Laurie Leshin told the graduates, “With your talent and your WPI education, we know that you will do well in your career, and do well for your families. My charge to you, Graduate Class of 2018, is that you also be sure to do good-for your community, for your nation, for the planet, and for all those who will follow in your footsteps.”

Founded in 1865 in Worcester, Mass., WPI is one of the nation’s first engineering and technology universities. Its 14 academic departments offer more than 50 undergraduate and graduate degree programs in science, engineering, technology, business, the social sciences, and the humanities and arts, leading to bachelor’s, master’s and doctoral degrees. WPI’s talented faculty work with students on interdisciplinary research that seeks solutions to important and socially relevant problems in fields as diverse as the life sciences and bioengineering, energy, information security, materials processing, and robotics. Students also have the opportunity to make a difference to communities and organizations around the world through the university’s innovative Global Projects Program. There are more than 40 WPI project centers throughout the Americas, Africa, Asia-Pacific, and Europe.