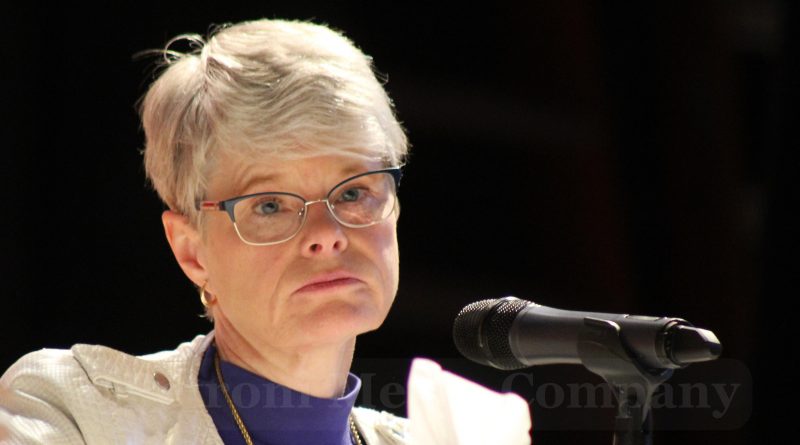 FRAMINGHAM – At-large City Councilor Cheryl Tully Stoll said she was very concerned that the City of Framingham never intended to interview people for the Veterans Service Agent position, before hiring.

Tully Stoll and Framingham Source both questioned the City this week on the mayor’s recommendation to make Assistant Veterans Agent Craig Sullivan the City’s new Veterans Agent, as the position have never been advertised. The Mayor and the City’s Human Resources Director had requested Council approval on the Veterans Agent position.

Source sent an email to the City on Monday and received notification from the City it planned to withdraw the appointment late Tuesday evening, just before the 7 p.m. City Council meeting.

During last night’s  meeting, City Council Chair Dennis Giombetti announced what Source received at 5:46 p.m. that the City planned to remove its request before the City Council and advertise the position.

Tully Stoll said she was “concerned” the City “never intended to interview people for this job.”
She said the Veterans Agent position in Framingham has been a controversial one the last several years, and that Framingham needs to look all over Massachusetts to find the right person for the post.
“I’m very very disappointed that there was no intention  to do a search for such an important job,” said Tully Stoll.
She made a motion to approve the withdrawal of the order before the Council to approve the Veterans Agent appointment, but requested that the Mayor and the City ‘advertise and interview for this position.”
District 3 City Councilor Adam Steiner agreed with Tully Stoll.
“This is a key position,” said Steiner. We “need to be looking for the best people for any job.”
He said he wanted the City Council to deliver a message that it expects full searches for any open positions in the City of Framingham.