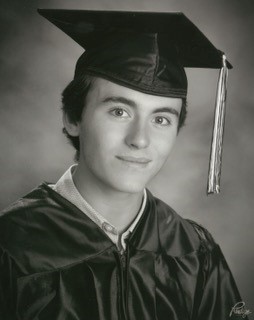 FRAMINGHAM – For the third year in a row, MetroWest high school students were invited to the district court house in Framingham to participate in Law Day, this spring.

A national program, the Law Day committee identifies a theme for an essay contest. This year’s theme was the separation of power. A panel of three lawyers reviewed the essays and awarded cash prizes. The Essay Contest is named for Judge Robert Greco, who died in 2015.

The essay contest winners were:

Below is Bernardi’s winning essay. 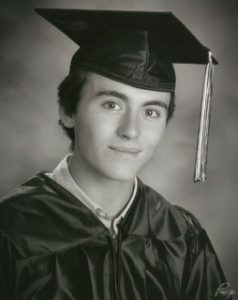 The Separation of Powers derives from a common goal intended by the framers of our Constitution: to prevent the majority from ruling with an iron fist. Through a system of shared powers known as checks and balances, each branch is awarded the same amount of power.

As an example, Congress can pass a law but the President can veto it. A law is passed through the legislative branch, while the executive branch holds the power to do away with that law and prevent its enactment. This system is intended to provide fairness within the government and lead away from corruption.

Although the concept of Separation of Powers is ideal, the question at hand is whether or not this concept remains exemplary when put into practice. The framers of the United States Constitution intended for equality and fairness through the current system. This ultimately serves true, but does such an idea of fairness and equality translate throughout the government today?

Furthermore, is this method of checks and balances efficient in reaching our end goals as a country? These questions stem from various concerns about government proceedings today.

One main concern stems from the pace of Congress in its decision making process. The legislative branch has been known for its inefficiency in declaring laws and dealing with prominent issues due to the various checks it receives from other portions of the  government. This has been a well – known complaint throughout every voting demographic, which leads people to believe that the system is not working as it was intended to. This serves as a singular example, but it does well it illustrate a common concern among various Americans that is relevant to today’s current issues.

It is true that said checks and balances instill a lack of efficiency in some scenarios. Many critics of current government proceedings highlight institutionalized gridlock on healthcare, immigration, and a host of other issues. Although these critiques are evident, many Americans may not have a full grasp on what the framers of our Constitution truly intended when deliberating over our current government. James Madison, the fourth president of the United States and an established founding father, was one the men who installed the Separation of Powers practiced today. Madison designed the structure of the United States government to slow the pace of change down so as not to destabilize a society due to rash decision making. The lack of swift decisions in Congress was intended by the framers of the Constitution. Although many Americans feel as though this system is out of touch with the needs of the American people, this decision making process derives from the very men who established our current form of democracy.

Despite critics’ opinions of the Separation of Powers, the current practices work as the frameworkers intended. Many Americans may feel as though these practices lack efficiency in reaching progressive end goals, yet the framers’ main concerns included the priorly mentioned
equality and fairness throughout the United States.

Checks and balances throughout the three branches of government provide such fairness. The American people may be unhappy with the
time it takes for decisions to be made, but the time that is taken is intended to provide citizens with the justice they truly deserve.