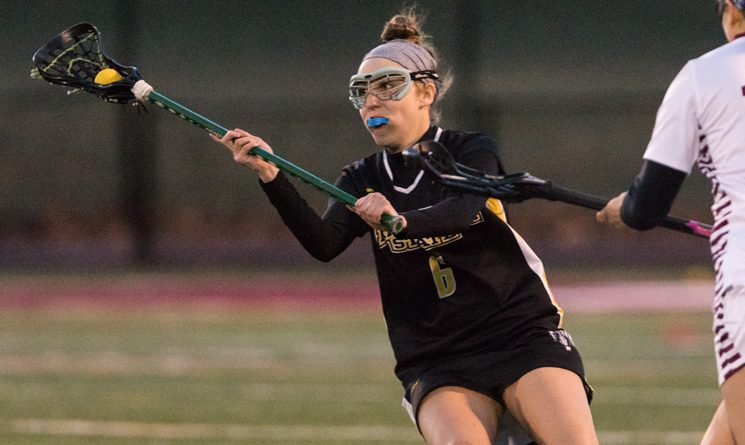 FRAMINGHAM – The Framingham State University women’s lacrosse team closed the first half with an 8-0 run as they cruised to a 16-6 victory over Salem State University in Massachusetts State Collegiate Athletic Conference action Saturday afternoon at Maple Street Field in Framingham.

The Vikings were paced by three goals and an assist from junior Chelsea Smith, while senior Bridget Lawless, senior Courtney Smith and junior Paige Giuliano each found the back of the net once.

The Rams jumped out to a 3-0 lead just under three minutes into the contest on tallied by Pacheco, Marino and Keenan.  Salem State got on the board on a goal from Chelsea Smith with just over 22 remaining in the half.  The Rams scored the final eight goals of the half including a pair from Gamache to take control of the game.

The Rams outshot the Vikings 31-13 in the game and held a 21-12 edge in ground balls.  Junior Indigo Fox Tree-McGrath earned the victory making three saves in her half of work, while freshman Mikayla Seavey  made a pair of stops in her half of action.  Freshman Gloria Gillen  took the loss for the Vikings making eight saves.

During halftime, the Rams honored their three seniors – Keenan, Foley and defender Mallory Fredericks  – for their outstanding careers part of the 2018 senior day ceremonies.

The Rams are back in action on Wednesday night when they host to Mass. Maritime for a Conference game at 7 p.m.