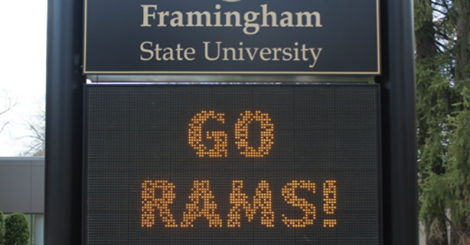 With the wins, the Rams even their season mark at 13-13 and improve to 4-4 in league play, while the Buccaneers fall to 12-12 overall.

The Rams got on the board in their first at bat of the day. Junior Aaron Williams singled and moved to third on an error in the outfield.  Williams came into score the first run of the day on the back end of a double steal.

A solo homerun to center from senior Kyle Pileski  in the bottom of the second put the Rams up 2-0.

The Rams added three more in the bottom of the fourth to extend their lead to 5-0.  Williams singled in a run and junior Jordan Pallazola  plated a pair with a bases loaded single to left.

The Rams extended their lead to 7-0 on RBI singles from sophomore Anthony Venuti and Williams in the bottom of the fifth.

The Buccaneers had a chance to get on the board in the top of the sixth with runners on for sophomore Jackson Simone.  Simone launched a shot to deep center but junior Kyle Lippert made a diving catch in center to end the inning.

The Buccaneers finally got on the board with a run in the top of the seventh on an RBI double by senior Connor Kennedy to reach the final margin.

Williams paced the Rams in the opener with three hits, two runs scored and two RBI, while Venuti picked up a pair of hits and drove in a run.

In game two, the Rams got on the board in the bottom of the second on a three run homerun to right by Lippert.

The Rams extended their lead in the bottom of the third on a Pallazola RBI single, an RBI double by senior Cameron Borrelli and a run scoring double by Pileski.

The Buccaneers got on the board in the top of the fifth inning.  Kennedy plated the first run on a two out single with runners on first and second.  Benjamin Paine tallied the second on the back end of a double steal.

A solo homerun by Borrelli in the bottom of the fifth accounted for the Rams final run of the game.

The Bucs loaded the bases in the bottom of the seventh with two outs, but Ram starter Kyle Hodgson was able to get a ground out to end the inning and the game.

Hodgson earned the win on the mound and improved his season record to 3-2. Hodgson went seven innings and allowed two earned runs on five hits with three strikeouts and two walks.

The Rams are back in action tomorrow when they host Lasell for a non-conference game beginning at 3 p.m.